Democrats feverishly trying to repeal the First Amendment... and have up to 41 co-sponsors

Here’s a link to the Democrat proposal to repeal the First Amendment.

It has up to 41 co-sponsors now and it will apparently get voted upon this year. 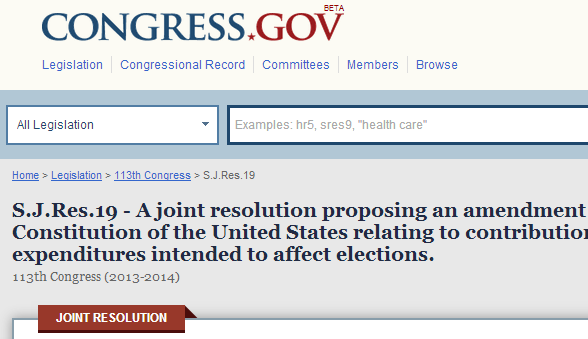 Remarkable. No one has noticed!

And, as you might expect, vintage media is completely ignoring this development.

On its face, the language of the amendment would undo all existing First Amendment protections, including those enjoyed by “news organizations.” After all, one of the signature activities of journalism is the endorsement of some candidates and the opposing of others, and it takes the expenditure of some “​funds”​ to do that.

But there’s a funny thing I have yet to see anyone else notice. The Udall amendment contains the following language as its Section 3: “Nothing in this article shall be construed to grant Congress the power to abridge the freedom of the press.”

I don’t think I have ever before seen a proposed constitutional amendment that directly contradicts itself.

Can you believe these people actually take an oath of office, swear to uphold the Constitution, and then try to pass fascistic detritus like this.


But wait, according to Dr Demento Howeird DeanO it's the republicans who want to take away the right of people to vote.