The Administration's Frustration With Itself Has Gone On for Years!

White House Chief of Staff Denis McDonough claimed on Sunday that the President is “madder than hell” about the hundreds of veterans who have died awaiting care at the VA.

It's the same assertion that has been repeatedly recycled by the White House, debunked, and repeated -- over and over again. Only the complicity of the dying, incestuous Democrat-Media Complex allows them to continue deluding the rapidly diminishing percentage of Americans who believe the Democrat Party cares about them.

They care about them as much as they care for the veterans.

To paraphrase Glengarry Glen Ross, the lies are weak. 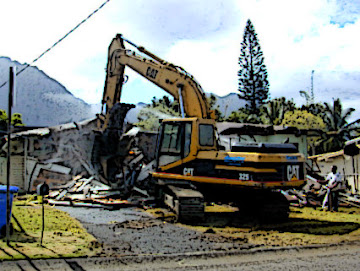 Healthcare.gov: “Nobody’s madder than me about the website not working as well as it should.”

“Fast and Furious:” “It’s very upsetting to me to think that somebody showed such bad judgment that they would allow something like that to happen.”

Secret Service scandal: “If it turns out some of the allegations that have been made in the press are confirmed, then, of course, I’ll be angry.”

Just when you think this administration has hit rock bottom, they bring out a new Caterpillar Excavator -- pictured -- and start digging a new sub-basement.

Mike aka Proof said...
This comment has been removed by the author.
11:17 PM

Not only are they "mad as hell", but in nearly every instance, Obama has pledged not to rest until it's made right.

That explains why the economy is in the toilet, foreign relations bite the big one and the country is broke...

Obama hasn't slept in five and a half years!

Nobody has ever told 350 million people "you're chumps" like Jug Ears and Big Mitch. And now they want our kids to be speech police.
Go to hell Barry.

The Limbaugh Theorem in action.

I think you have a grave misunderstanding of U.S. politics. For millions of Americans, it doesn't matter how many millions of people are unemployed or how many thousands die waiting for medical care. The important thing is that the president says that he cares. Time and again I've talked to people or seen "man on the street" interviews where someone says, "Yes, it's probably true that the Republican candidate is better qualified to manage the economy and his policies are more likely to work. But the Democrat is so compassionate, I really believe that he cares about people like me." And then they vote Democrat. Democrat politicians don't panic when there are "scandals" like this. They love them, because it gives them an opportunity to go on TV and say how much they care.