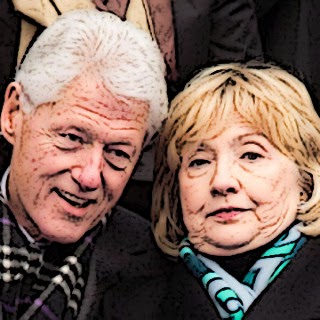 From the get-go, his Eddie Haskell-goes-to-Washington act rubbed me the wrong way.

But we’re talking about politicians, not popes, and I was never one of those Clinton haters who frothed at the mouth, seeing conspiracies behind every potted plant from Little Rock to D.C.

Now, Monica Lewinsky is back in the news because the former White House intern wrote an article in this month’s Vanity Fair, reflecting on her tryst that consumed the media and the entire nation for nearly two years.

We all know the sordid story, but whether you thought it was a witch hunt or not, the bottom line was Bill Clinton was to blame for it, not the 22-year-old intern.

From the moment news of the scandal leaked, Clinton looked out only for himself. He let White House insiders begin a whispering campaign that Lewinsky was a sex-crazed stalker. At the time, maybe they didn’t know the truth.

But Clinton did, and he did nothing to stop it.

He let the rumors and slander swirl around the young woman until the infamous stained blue dress left Clinton, in the words of the late Christopher Hitchens, with no one left to lie to and he had to fess up.

In the meantime, Lewinsky, the object of countless dirty jokes, could barely show her face in public and considered suicide.

To be sure, she was not blameless. But think of the immature/reckless things you did when you were that age. I can think of plenty but my mistakes were not dissected on worldwide television and a nascent Internet.

And what of the power imbalance between the man holding the highest office in the most powerful nation in the world and a young woman with stars in her eyes? Where was the feminist sisterhood calling for Clinton’s ouster as it did for Bob Packwood or Clarence Thomas? Sorry, Monica, they came down with a case of laryngitis they still haven’t quite overcome.

We all remember Clinton wagging his finger and saying, “I did not have sex with that woman, Miss Lewinsky.”

Here’s what he should have said:

“Yes, I’m ashamed to say, it’s true. I did have a sexual relationship with Monica Lewinsky. I hope my wife and daughter can forgive me. And I hope the American people can, too.

“But I want to add one more thing: Do not vilify this young woman. She’s a nice person and I urge the media to give her space. If you want to blame someone for what happened, blame me. I’m the one who should have stopped this relationship before it started. Let her go in peace.

“My personal failings should not, I think, disqualify me from office. But that’s up to the American people to decide. Even the president of the United States is a public servant and I will abide by what the citizens of this great country say.”

Of course, Clinton the politician knew, if he had said something like that, his presidency probably would have ended.

But it would have been the decent and honorable thing to do, and it certainly would have spared one young woman, now 40 years old, an infinite amount of pain.

Shortly after the Vanity Fair story came out, it was reported Clinton is considering making a public apology to Hillary Clinton and Lewinsky. Bad idea.

A public apology to his wife will be seen for what it is — a political calculation to help Hillary’s potential presidential run.

An apology to Lewinsky should be done in private, with sincerity.

But it doesn’t matter anyway, Bill. You’re 16 years too late.

I only disagree with you on one point - 22 is not a child. She may well have lacked maturity, but she was not a child. And from comments she has made, she was a sexually experienced adult.

A woman - as well as a man - is responsible for her actions.

You're kidding, right. All this about Bill the perv. and Monica. Do you know the number of women this man has violated through his years?
Do you have any idea the number of people who have wound up dead under suspicious circumstances as a result of their relationship with either Bill or Hillary?
Are you aware of the deaths of two young boys in Mena, Arkansas who saw too much when it comes to Clintons drug activities?
The list goes on and on but the gumba American public simply ignores the reality and believes the dream.

"Eddie Haskell-goes-to-Washington".
That has to be the most spot-on Bill Clinton description I have ever read.
It just begs for a photoshop.

What an insult to Eddie Haskell. Haskell never did anything to merit being disbarred; never raped anyone; never perjured himself; never sold secrets to the PRC.