Two extremist groups have pledged allegiance to ISIS and indicate they are now operating in Gaza, according to deep-web chatter mined from ISIS online forums by new media firm Vocativ.

Despite official claims from Gaza that no ISIS presence exists there, ISIS support among Gazans is growing on Twitter and YouTube.

Vocativ analysis of deep web chatter in ISIS forums suggests that the extremist Sunni organization, which has taken over roughly half of Iraq and threatens Assad in Syria, has ties with militant groups operating in Gaza.

While Hamas has dominated Gaza since 2005, dozens of rival Islamist factions operate in the strip. Over the past few weeks, two Salafist groups have pledged allegiance to ISIS and claimed responsibility for rocket fire into Israel. As Vocativ reported at the end of June, the group formerly known as Ansar Beit Al-Maqdis changed its name to Al Dalwa Al-Islamia—which translates to “The Islamic State.” A few days ago, on July 10, the group claimed to have fired a battery of rockets at the Israeli town of Bnei Netzarim... 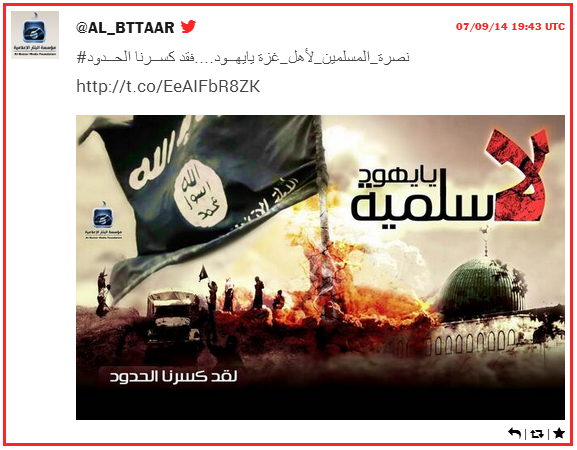 ...A second Salafist terror group, Ansar Al-Dalwa al-Islamia (“Supporters of the Islamic State”), boasted of its own rocket barrage one day earlier, on June 9. Neither claim of responsibility can be independently verified, however ISIS has published details about both instances of rocket fire on their forums, which is tantamount to a welcome-to-the-network embrace.

Any ISIS presence in Gaza, fledgling as it may be, is a pterodactyl-sized feather in the cap of the radical Islamist group, which has threatened Israel from its inception. A recent series of tweets posted on July 9 reads: “Patience, Jews, our appointment is at Jerusalem tomorrow,” and “Jews, we have broken the border.”

...Beyond the claims and counter-claims, ISIS support among Gazans is growing—at least on on Twitter and YouTube, and in forums. 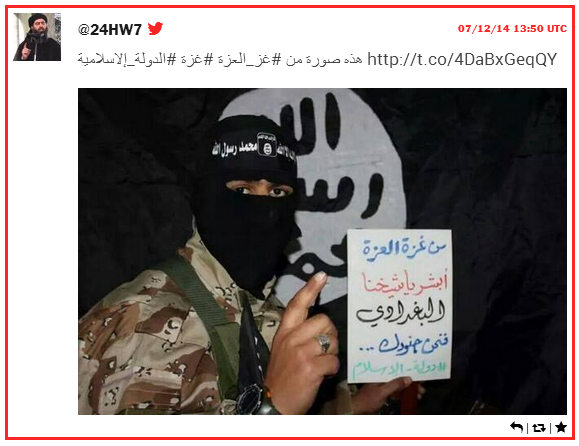 A few days ago, The Wall Street Journal ran a front page story on world affairs with the headline "An Arc of Instability Unseen Since the '70s."

A convergence of security crises is playing out around the globe, from the Palestinian territories and Iraq to Ukraine and the South China Sea, posing a serious challenge to U.S. President Barack Obama's foreign policy and reflecting a world in which the country's global power seems increasingly tenuous.

The breadth of global instability now unfolding hasn't been seen since the late 1970s, U.S. security strategists say, when the Soviet Union invaded Afghanistan, revolutionary Islamists took power in Iran, and Southeast Asia was reeling in the wake of the U.S. exit from Vietnam. 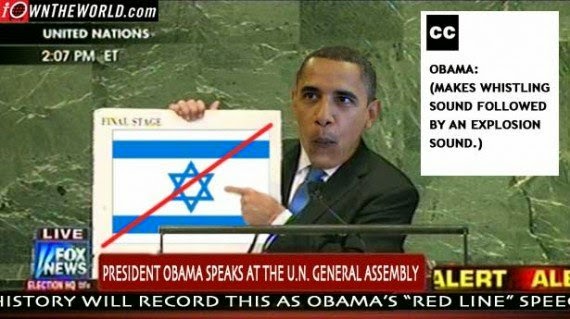 In the past month alone, the U.S. has faced twin civil wars in Iraq and Syria, renewed fighting between Israel and the Palestinians, an electoral crisis in Afghanistan and ethnic strife on the edge of Russia, in Ukraine.

Off center stage, but high on the minds of U.S. officials, are growing fears that negotiations with Iran over its nuclear program could collapse this month, and that China is intensifying its territorial claims in East Asia.

Gee, I wonder what factors the late seventies have in common with today's catastrophic developments?

Certainly not feckless Democrat Presidents whose every move tends to undermine American national security interests and destabilize our allies while emboldening our enemies.

No, certainly not that.