RUH ROH: Federal Judge Demands Answers -- Under Oath -- From IRS As to How Emails Went "Missing"

If there is a case study which perhaps best describes why Judicial Watch is so important and how we are different from any other organization, it is the record of success we have achieved in exposing the Obama Internal Revenue Service (IRS) scandal, in which that powerful federal agency was used to target and harass conservative organizations. 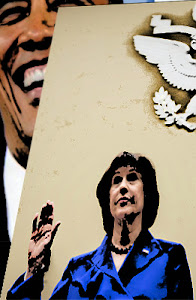 And that success continued this week in federal court, before U.S. District Court Judge Emmet Sullivan, who held a hearing about the supposedly missing emails of Lois Lerner and other IRS officials, which were the subject of longstanding Judicial Watch Freedom of Information Act (FOIA) requests and a lawsuit (Judicial Watch v. IRS(No. 1:13-cv–1559)).

The emails Judicial Watch has sought since May 2013 cover portions of the same period for which the IRS on June 13, 2014, notified the House Committee on Ways and Means were lost or destroyed. Yet the IRS failed to notify either Judicial Watch or the court concerning the “lost” emails.

You’ll be pleased to know that Judge Sullivan, like Judicial Watch, demanded answers and accountability. The lawyer for the IRS, Geoffrey Klimas, suggested that it would be “appropriate” to wait until its own investigation by the Treasury Inspector General for Tax Administration (TIGTA) concluded before Judicial Watch or the court get any answers through discovery. Judge Sullivan was skeptical (you can review the hearing transcript here):

THE COURT: More appropriate for whom, though, for the department or the public? I mean, this is an action filed by an organization that seeks documents under the theory that the public likes to know what its government is doing, so appropriate for whom? How would delaying discovery assist this plaintiff [Judicial Watch] and the public in learning what happened here?

THE COURT: So what’s — so let’s just stop there. Whose interest does that benefit, other than the IRS and not the public?

Judge Sullivan was not persuaded and demanded answers, under oath, from the IRS within 30 days. Here’s a squib from his court order, which you can read in its entirety here: “For the reasons stated by the Court on the record during the status hearing on July 10, 2014, Defendant IRS is hereby ORDERED to file a sworn Declaration, by an official with the authority to speak under oath for the Agency, by no later than August 11, 2014.”

As reported by the The National Law Journal, the content of that declaration involves the “Lois Lerner email issue,” with the judge saying he would “leave that category broad.” Judge Sullivan also said the declaration “should also include how the government could recover information contained in the lost emails.”

Judge Sullivan appointed Magistrate Judge John M. Facciola to manage and assist in discussions between Judicial Watch and the IRS about how to obtain any missing records from sources. Magistrate Facciola is an expert in e-discovery.

Judge Sullivan also authorized Judicial Watch to submit a request for limited discovery into the missing IRS records by September 24.

Folks, this is a huge victory for Judicial Watch and its members and supporters. This extraordinary court ruling is a key step in unraveling the Obama IRS’s ongoing cover-up of its abuses against critics of this administration.

Thanks to our lawsuit, the IRS will be forced provide answers under oath to a federal judge regarding the scandal and cover-up. It is our hope that we can finally get some answers regarding these so-called “lost” emails, which could provide critical information about the Obama IRS effort to suppress conservatives and Tea Party organizations across the land.

Were these emails retained? Were they “lost” forever when Lerner’s hard drive “crashed”? These are the questions at the center of JW’s investigation. And according to new records uncovered by Judicial Watch, we’re not the only investigative agency who asked for them.

On the day of our court hearing, JW released new IRS documents including an email from the TIGTA seeking a missing May 2010 IRS internal email ordering the targeting of Tea Party applications. The TIGTA email also questioned the IRS “retention and backup policy regarding emails.”

In the January 24, 2013, email from Troy Paterson of the TIGTA office to Holly Paz, the former director of the Office of Rulings and Agreements, Paterson wrote:

During a recent briefing, I mentioned that we do not have the original e-mail from May 2010 stating that “Tea Party” applications should be forwarded to a specific group for additional review. After thinking it through, I was wondering about the IRS’s retention or backup policy regarding e-mails. Do you know who I could contact to find out if this e-mail may have been retained?

On January 31, 2013, Paz responded to Paterson apologizing for apparently failing to meet with the TIGTA official and diverting his request for the missing May 2010 email to IRS legal counsel:

I’m sorry we won’t get to see you today. We have reached out to determine the appropriate contact regarding your question below and have been told that, if this data request is part of e-Discovery, the coordination needs to go through Chief Counsel.

What followed TIGTA’s request was a frenzied email exchange between Lerner and Paz that revealed three interesting facts (you can read the emails here): First, Lerner specifically referenced the email sought by TIGTA directing the path of “Tea Party applications,” suggesting it in fact did exist (a fact she later denied to Paterson). Second, the IRS staff was not cooperating with the inspector general. And, third, IRS staff was “freaked out” by the exploding scandal.

This all started in May 2013, when Judicial Watch submitted four separate Freedom of Information Act (FOIA) requests for IRS communications concerning the review process for organizations seeking tax exempt status.

One of the FOIA requests specifically sought Lerner’s communications with other IRS employees and with any government or private entity outside the IRS regarding the review and approval process for 501(c)(4) applicants from January 1, 2010, to the present. A second request sought communications for the same timeframe between the IRS and members of Congress and other government agencies, as well as any office of the Executive Branch.

After the IRS failed to provide the information, Judicial Watch filed a FOIA lawsuit on October 9, 2013. And it was this FOIA lawsuit that ultimately led to the discovery of the “lost” emails disclosed to Congress.

I don’t think it is any stretch to say that our discoveries have broken the IRS scandal wide open, while also helping to achieve a measure of accountability for Lerner, who was held in contempt by Congress and referred to the Justice Department for potential criminal prosecution by the House Ways and Means Committee.

Judicial Watch has forced the release of government records that even Congress could not acquire, including the bombshell discovery that Lerner communicated with the Department of Justice seeking guidance on criminally prosecuting conservative organizations that allegedly “lied” on tax-exempt applications.

JW also uncovered records proving that Lerner unlawfully provided confidential tax information to the Federal Election Commission and forced the release of IRS documents showing, contrary to what President Obama has said, the delay of Tea Party applications was directed out of the agency’s headquarters in Washington, DC. (The documents also show extensive pressure on the IRS by Senator Carl Levin (D-MI) to shut down conservative-leaning tax-exempt organizations.)

Of course, our efforts to uncover the truth about the Lerner IRS witch-hunt would be a whole lot easier if the Obama administration would simply be forthcoming. But this is clearly too much to ask, which is why a federal judge hauled the IRS into court and ordered them to talk.

And to further confirm that Ms. Lerner and the IRS engaged in a cover-up, Congressman Darrell Issa’s (R-CA) investigative committee released the following information on July 9:

I had a question today about OCS [Microsoft Office Communications Server].I was cautioning folks about email and how we have several occasions where Congress has asked for emails and there has been an electronic search for responsive emails – sowe need to be cautious about what we say in emails. Someone asked if OCS conversations were also searchable – I don’t know, but told them I would get back to them. Do you know?

Lerner’s April 2013 e-mail exchanges came just twelve days after the IRS Inspector General shared a draft copy of its targeting audit with the IRS that Lerner would leak at a bar association speech only weeks before the scandal became public.

In e-mails withheld from the Committee until only last week, Lerner was apparently concerned that IRS conversations taking place within the agency’s instant messenger program could end up in the hands of Congress along with requested e-mails. An IRS technology employees responded that “OCS messages are not set to automatically save” but cautioned that “parties involved in an OCS conversation can copy and save the contents of the conversation to an email or file.” Lerner responded, “Perfect.”

When Rep. Jim Jordan, R-Ohio, raised the e-mail to Commissioner Koskinen’s attention, Koskinen said he had never seen the e-mail and was unfamiliar with the OCS communication system.

To be clear, Judicial Watch has yet to receive any texts from this “OCS” system as it should have in our FOIA lawsuit. You can bet we’ll be raising this issue in federal court as well.

It’s long past time for these games to end. Stay tuned. There is little doubt additional discoveries regarding this scandal and its cover-up are forthcoming. And there is no doubt JW will behind the effort to uncover them. At this point, our FOIA lawsuit seems the best vehicle to get to the bottom of this IRS scandal.