YES, THIS IS A RHETORICAL QUESTION: Is the EPA Really Interested in Your Criticism? 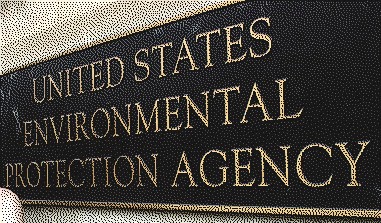 Americans will get to have their say on the Environmental Protection Agency and its proposed regulation to fight climate change this week.

The agency will hold public hearings in four cities to fulfill its promise to get stakeholder input and let everyday Americans comment on the proposed rule.

But whether the agency takes the input seriously is another matter. Given what EPA Administrator Gina McCarthy wrote on the EPA’s website, it’s not promising.

“We expect great feedback at these sessions. And unfortunately, we also expect a healthy dose of the same tired, false and worn out criticism that commonsense EPA action is bad for the economy.”

For an agency that is stressing the “importance” of an “open and inclusive process,” the EPA does not seem to actually want any feedback. This despite the fact the EPA’s climate regulations for both new and existing power plants will:

Administrator McCarthy is dead right when she says, “We don’t have to sacrifice a healthy economy for a healthy environment—the two go hand-in-hand,” and that “We all want to make sure the world we leave our children is as clean, safe and healthy as possible.”

Wealth creation, for which affordable, reliable energy is critical, has provided Americans with the capacity and wherewithal to care for the environment. When economies are free to grow, environmental quality improves. Free economies better equip people to tackle environmental challenges and address climate-related events . This will make our environment and future better for our children and grandchildren. America can have economic growth and improved environmental well-being, but the EPA’s greenhouse gas regulations will stunt economic growth and have the opposite effect.