Handed over the transom by Double-M and also spotted here.

An ad for foster parents for illegal immigrant children in California promises $6,054 per month for those who sign up and successfully complete the 45-day approval process. The migrant children ad appeared in a Penny Saver in Murrieta. As previously reported by The Inquisitr, hundreds of protesters stopped busloads of illegal aliens from being transported into the town for holding and ultimate release.

The foster immigrant children ad was placed by the Crittenton Services and Foster Family Agency – FFA. The Murrieta Penny Saver notice said the agency was looking for families to provide homes for both American foster children and “unaccompanied refugee minors.”

Sounds like a good deal. Of course, President Obama will be long gone when the piper will be paid. That's not what I say, that's what the CBO says: 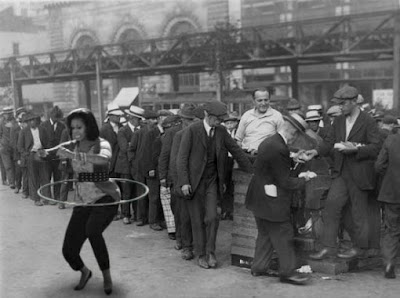 Earlier today, the Congressional Budget Office released its updated long-term budget projection, and there is not a lot of black ink in that report. CBO estimates that, despite receiving record revenue gobbled up from the private economy, the Treasury will continue to run enormous deficits over the next 25 years. By 2039, the public share of the debt is projected to rise from 74% of GDP to 106%...

...So what does all of this mean? Who cares about some banal numbers on a federal balance sheet?

Contrary to the perception of many policy-makers, the national debt is not some abstract problem that will only affect future generations once investors no longer trust the security of federal treasures. As CBO explains (page 10), this is an immediate and near-term problem...

...the relatively-low annual payments for interest on the debt, hovering around $230 billion a year, are only a temporary reprieve due to historically low interest rates. According to Investors’ Business Daily, “if Washington had to pay the average interest now that it paid in 2000 (6.4%), it would be paying $500 billion more each year to stay afloat.”

Sadly, Americans are used to navigating opportunities and challenges based upon instant gratification or imminent danger. Warning voters about the threat of our national debt to the future of their grandchildren is not enough. Conservatives need to make the case that the current level of debt is a mitigating factor to current economic growth and that it will continue to diminish their wages and job opportunities.

But, by all means, let's continue importing hundreds of thousands of low-skilled, largely illiterate, and desperately poor folks from the Third World! That should help!

And how many of the new arrivals are "yearning to breathe free?" They already breathe without cost; now they want to eat free too!

I do wonder if anything of this sort happened at the Bundy ranch?

Sorry-the above was supposed to be a comment on the next article!

This is WAY over the going price for foster parents.

I see a MASSIVE bribe for communities to accept the "kids" - 80% are teen males - then, once they have resident status, no more money!

You are right only group homes with certificate get 6g per child. My ex ceo is drooling. Slum lord rat. Kids raped and killed in he's home.

So now Americans are asked to be complicit in breaking the law. The devil knows how to tempt a person.