They use innocent children as human shields, so why wouldn't Hamas use innocent animals to attack the forces of good?

The Israel Defense Forces says that it neutralized an explosive-laden donkey that was said to be heading toward Israeli troops in Gaza on Friday. And by neutralized, we mean, the explosives were set off with gunfire.

From the IDF blog: 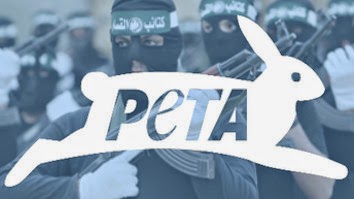 Up-to-date ISA intelligence alerted the IDF that terror organizations in the Gaza Strip intend to strap explosives to animals and send them in the direction of ground forces. On the night of July 18, there was at least one such attempt, in which a donkey suspiciously began to approach forces. The forces approached the donkey and it exploded at a safe distance, whereas no injuries were sustained by the IDF as a result."

Several attempted donkey-assisted attacks were reported in the West Bank and Gaza during the second Palestinian intifada [uprising] of 2000-2005. Other incidents have been recorded in recent years, including one in 2009 when militants approached the Karni crossing between Gaza and Israel with horses carrying mines and explosives.

This tactic comes straight out of the Jihadists' playbook: it appears that the Taliban used suicide donkeys in Afghanistan against American and British troops.

Send a tweet to PETA protesting the Islamofascists' use of animals as war machines.

PETA is hiding. They don't want to be used instead. An ass is an ass.