DEMOCRATS FINALLY ADMIT THE TRUTH: Amnesty is all about fundamental transformation of the U.S.

Politics: Give us your poor, your tired, your future Democrats waiting to be registered. That's what some in the party are saying as they urge the president to pursue immigration goals even if it hurts in the '14 midterms.

In other words, damn the political torpedoes and full speed ahead in the fundamental demographic and political transformation of America. 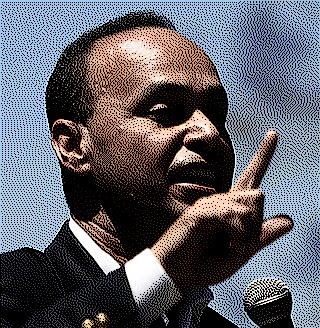 "You'll always have members whose political vulnerability they tie entirely to immigration," said Rep. Raul Grijalva, D-Ariz. "We didn't make progress when we were in the majority because we were being protective of those (members) on immigration reform. At some point do you worry more about the future or do you continue to put off the inevitable by not taking action?"

For Democrats such as Grijalva and Rep. Luis Gutierrez, D-Ill., amnesty and the political benefits stemming from it are inevitable. They are quite willing to use children to exploit the inherent compassion of the American people if it means ensuring the political future of the Democratic Party through the gratitude of millions of illegal aliens allowed to come here and stay.

Gutierrez recently told a La Raza conference that it was only a "down payment" that President Obama gave the Latino community with his Deferred Action for Children Arrivals (DACA) program that halted the deportation of 600,000 of "our people":

"Now it is time for the president in the United States ... (to) free the mom and dads of the DREAMers and to go further — be broad and expansive and generous."

And just how many would he eventually like to sign up? "I think we can get 3 or 4, maybe even 5 million people," he said on MSNBC's "Morning Joe." If you can't persuade voters, you can always import them.

As Sen. Jeff Sessions, R-Ala., has noted, "the president is considering a grant of 'work authorization for perhaps several million undocumented immigrants.' He says DACA has been widely misinterpreted as applying only to children. But in fact, DACA applies to individuals up to 30 years of age and provides actual amnesty papers, photo ID and work permits to illegal immigrants who can then take any job in America."

Now we have the president proposing to Central American leaders that we send the equivalent of college recruiters down to their countries with applications and "permisos" and to transport, presumably at taxpayer expense, those who would otherwise sneak past the Border Patrol — sort of a Berlin airlift for illegal aliens.

All of which is designed to fundamentally transform the demographics and politics of the United States and to punish Americans who believe, as President Reagan did, that a country without borders is not a country.

What is interesting is that the Obama White House had moved very quickly (in 2009) to acquire the Census Bureau (http://online.wsj.com/news/articles/SB123423384887066377). If you are going to fundamentally transform the country, you need to own the data, so that if all your community organization does not quite work out, you just cook the data and say that everything worked out fine.