EBOLA AS A TERROR WEAPON: The Invitation That Open Borders Sends to the World's Radicals

War On Terror: As the Ebola disease spreads in Africa and detainees from that continent are apprehended, the question must be asked: What if terrorists already willing to die try to bring the disease across our porous southern border? 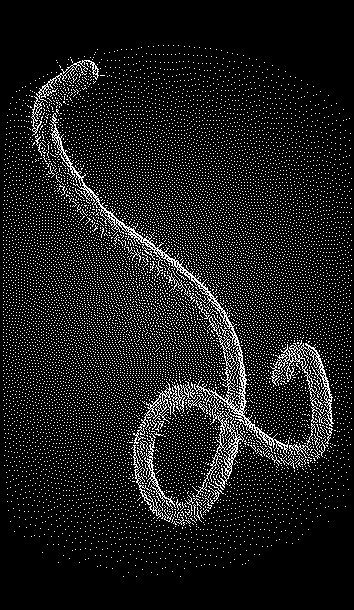 The Ebola outbreak that has killed at least 672 people in Guinea, Liberia and Sierra Leone could land in the U.S., according to John O'Connor, a spokesman for the U.S. Centers for Disease Control and Prevention.

"It's true," he says, "that anyone with an illness is just one plane ride away from coming to the U.S." Indeed, a Liberian man infected with Ebola boarded a plane and brought the disease to Lagos, Nigeria, Africa's largest city, with 21 million people.

But what if in the future it's no accident? Nigeria is the home of Boko Haram. The Islamic terrorist group ISIL has long been recruiting terrorists in the West and is known to have members with Western, even American, passports.

Deliberately spreading the disease to the U.S. might not even require a plane ride, and it's possibile that terrorists already willing to strap bombs to their bodies might just as willingly get infected and pay a coyote to get them across our open southern border.

We remember the 9/11 Commission saying that terrorist attack was due in part to our lack of imagination. We couldn't imagine young Middle Eastern males learning to fly, but not land, passenger jets as part of a plan to fly them into skyscrapers.

The spreading of Ebola to the U.S. could be intentional, given the virus' relatively long incubation period of up to three weeks without symptoms, and no shortage of terrorists willing to die for their cause. It would be easy for an infected terrorist to slip in among the OTMs (Other Than Mexican) who have also been crossing our border.

"Central Americans are not the only ones being smuggled through Mexico to the United States," said a 2012 report by the U.N. Office on Drugs and Crime, a fact regularly reported by the U.S. Border Patrol.

"Irregular migrants from the Horn of Africa (Eritrea, Somalia and Ethiopia), as well as South Asia (Bangladesh, Nepal, India), China and other African and Asian states are being smuggled through Central America."

Albert Spratte, a spokesman for Local 3307 of the National Border Patrol Council, has repeatedly noted how the Rio Grande is being crossed by more than just Central Americans, including individuals from Africa. On one weekend, a group of Chinese females was apprehended.

Dr. Elizabeth Lee Vliet, a preventive medicine specialist, told Breitbart News recently that the dispersal of illegal aliens, including unaccompanied minors, throughout the U.S. without proper medical screening "is the ideal condition for a viral outbreak."

"A public health crisis, the likes of which I have not seen in my lifetime, is looming," Vliet wrote recently for World Net Daily. "Drug-resistant tuberculosis is the most serious risk, but even diseases like measles can cause severe complications and death in older or immunocompromised patients." And possibly Ebola?

"There's nothing to prevent someone traveling here asymptomatically during the incubation period," said ABC News' chief health and medical editor, Dr. Richard Besser, who served as acting director of the CDC during the swine flu outbreak.

GlobalSecurity.org says that there is evidence that the former Soviet Union's biological weapons program researched and weaponized the Ebola virus — and that Japanese terrorist group Aum Shinrikyo reportedly sent members to Zaire during an outbreak to harvest the virus. So its use as a bioterror weapon is not a new idea.

The prospect of terrorists hacking their way through the Mall of America or LAX carrying a weaponized container of the Ebola virus is a very real possibility unless we secure our borders and let in only the invited — and the healthy.

The 9/11 Commission's report was a joke. They were just trying to cover for the administration's failure to see what was in front of them.

Maybe the pols couldn't see the threat but a lot of us could.