Hey, France: how's that "multiculturalism" working out for you? 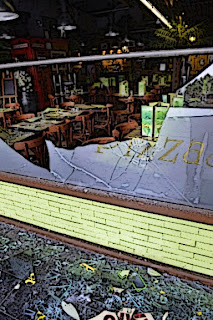 While I had seen the images and videos, I did not realize the depth of the depravity exhibited in the anti-Jewish riots in Paris. HuffPo UK reports, France’s Jews Flee As Rioters Burn Paris Shops, Attack Synagogue:

France’s politicians and community leaders have criticised the “intolerable” violence against Paris’ Jewish community, after a pro-Palestinian rally led to the vandalizing and looting of Jewish businesses and the burning of cars.

It is the third time in a week where pro-Palestinian activists have clashed with the city’s Jewish residents. On Sunday, locals reported chats of “Gas the Jews” and “Kill the Jews”, as rioters attacked businesses in the Sarcelles district, known as “little Jerusalem”.

Manuel Valls, France’s prime minister said: “What happened in Sarcelles is intolerable. An attack on a synagogue and on a kosher shop is simply anti-Semitism. Nothing in France can justify this violence.”

Say, I wonder how those COEXIST bumperstickers are selling in France?

• Israel is under vicious attack from Hamas, a group with a direct Nazi lineage

• President Obama has ordered his FAA to enforce a virtual travel ban to the Jewish state, thereby further isolating it from the world

• Meanwhile, the Lightbringer™ is out fundraising -- also ignoring a crisis on the border, war in the Ukraine, China's moves in the South Pacific, a health care system in chaos, and a disastrous domestic employment situation -- before he heads off to Martha's Vineyard for a well-deserved respite from golf and speechifying

At what point do the nitwits who supported this man -- twice -- apologize to the rest of us?

That's a rhetorical question, because liberalism is their religion.

All while the juvenile, idiotic Jews of Hollywood fete a lunatic calling himself 'Barack Hussein Obama' as he destroys everything that generations upon generations of Americans built both here and abroad, with skill, sweat and blood.

Now we know EXACTLY what the Germans of pre-WW2 Germany were watching unfold. The only difference is there was no Tea Party or Ted Cruz in pre-WW2 Germany. They only had John Boehners.

On Sunday, locals reported chats of “Gas the Jews” and “Kill the Jews”, as rioters attacked businesses in the Sarcelles district, known as “little Jerusalem”.

And there we see the reason for the right to keep and bear arms.

Shoot a couple of those barbarians.
Too bad the French are not a completely free people.