Rasmussen has the details: 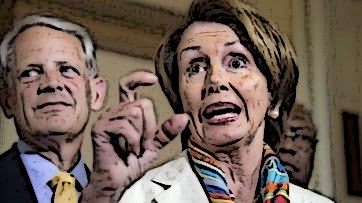 Most voters don’t want any of the young illegal immigrants who’ve recently arrived here housed in their state and say any legislation passed by Congress to deal with the problem should focus on sending them home as soon as possible.

The latest Rasmussen Reports national telephone survey finds that 59% of Likely U.S. Voters believe the primary focus of any new immigration legislation passed by Congress should be to send the young illegal immigrants back home as quickly as possible. Just 27% say it should focus instead on making it easier for these illegal immigrants to remain in the United States.

...Maryland Governor Martin O’Malley, who last week criticized efforts to deport these illegal immigrants, is now reportedly the latest governor to tell the White House not to house any of them in his state. Fifty-seven percent (57%) of voters disapprove of housing these illegal immigrants in their state. Only half as many (29%) approve, while 14% are undecided.

Got that, John Boehner? Got that, Mitch McConnell? Got that, Karl Rove and Haley Barbour?

Pity the Republicans listed above are so beholden to the Chamber of Crony Capitalism, are so unprincipled, and are so inarticulate that they can't even take a stand for the vast freaking majority of American citizens.

So it's settled now-phew, glad that crisis has passed.
MM

KICK THEM ALL OUT. NO CITIZENSHIP FOR ANCHOR BABIES!! Get Legal or GET OUT! If you are here legally I welcome you with open arms and wish you all the best! If you are here illegally I want you GONE. It's not a racist thing, it's an OBEY OUR LAWS thing!

where are the Washington establishment ruling class rinos??? ryan, loser cantor useless Boehner and dumb Rodgers ....who is looking out for the working man middle class.. or is the chamber of Commerce the true boss of the republicans
illegals amesty ..labor shotage .. microsoft just cut 18,000 jobs ..
Obama lies ..Boehner lies.. all these useless politicians lie to stuff more money from big business at the expense of Americanmiddle class

Maybe if we tell Boehner that Obama plans to give every illegal a bottle of Johnnie Walker that will shake him up and get him to oppose amnesty.