Border Patrol statistics found buried on a government website confirm that most of the Central American illegal aliens apprehended in the recent surge are family units. Less than one-fourth (22 percent) of all those apprehended are unaccompanied alien children (UACs) from Central America. The number of illegally arriving families shot up five times faster than UAC arrivals over last year. 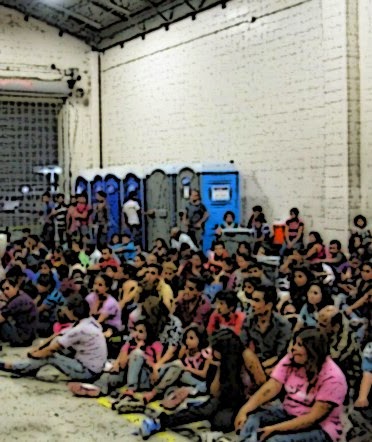 The document was revealed this week by Washington Times columnist Ernest Istook.

In the first nine months of the fiscal year (October through June), the number of apprehensions along the southwest border of family units (each of which has, by definition, more than one person in it) has increased from 9,350 in 2013 to 55,420 in 2014 – an increase of nearly 500 percent.

The total number of southwest border apprehensions of aliens from countries "other than Mexico" (OTMs) was 202,951 through the end of June 2014, compared to 154,606 at this time last year.

These figures indicate that the number of individuals from Central America who arrived by June of this year as part of family units was at least 111,000 (assuming only two individuals in each family unit), but was probably closer to 145,000 (which is the number of OTMs who are not UACs).

These figures suggest that, while policies on handling UACs are important and may need to be tweaked a little, the focus of lawmakers should be on ending the administration's catch-and-release policies and reversing the general decay in immigration enforcement, which the illegal migrants themselves say has motivated them to come now.