TECHNOLOGY EXPERTS BRING THE THUNDER: 6 Brutal Questions for the IRS Regarding its "Lost" Emails

Scandal: An internationally accredited information-technology asset-management firm says the IRS has some explaining to do as our patience is taxed with tales of even more convenient computer crashes. 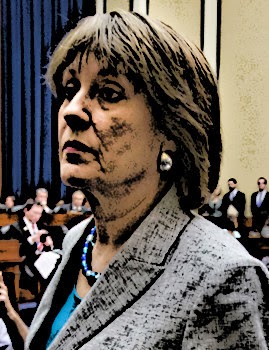 Private-sector organizations as vast as the Internal Revenue Service typically have redundancy built into their information technology systems, as secure record keeping is the key to managing their businesses and staying in business. Such records, if nothing else, are often required to be kept by law, and often by the IRS itself.

As we have noted, Lois Lerner's lost emails from the critical period when the IRS was serving as a political arm of the Obama administration and targeting Tea Party and other conservative groups suggest by themselves a conspiracy to obstruct justice as well as being a violation of the Federal Records Act, which requires paper copies of such critical emails to be printed and stored just in case of computer problems.

This conspiracy to obstruct justice is further suggested by some Lerner emails that she and the Obama administration wished had been lost — especially one sent by Lerner to a Maria Hooke.

"I had a question today about OCS," Lerner stated in the email. "I was cautioning folks about email, how we have had several occasions where Congress has asked for emails and there has been an electronic search for responsive emails — so we need to be cautious about what we say in emails."

OCS is the IRS' Office Communications Server, a form of online chat system that circumvents email.

When she learned that OCS messages were not set to automatically save, Lerner wrote, "Perfect."

Clearly Lerner had a keen interest in keeping her communications from Congress and the American people.

Lerner's hard drive allegedly crashed, which cannot be verified because her hard drive has since been destroyed and/or recycled. That questionable hard-drive direction came just 10 days after House Ways and Means Committee Chairman Dave Camp, the Republican from Michigan, first wrote a letter asking if the IRS was targeting nonprofit groups.

Now we learn, as reported by the Daily Caller, that IRS Deputy Associate Chief Counsel Thomas Kane said in transcribed congressional testimony that more IRS officials experienced computer crashes, bringing the total to "less than 20," also saying the agency does not know if these additional lost emails may be backed up somewhere.

On Monday, the International Association of Information Technology Asset Managers, which deals with such technical questions regarding computer hardware and record retention on a regular basis and which has reacted with the same incredulity as the rest of us, released a list of six basic questions the IRS needs to answer.

1. First, what happened to the IRS' IT asset managers who seemingly vanished during this critical period? IAITAM , which runs the only worldwide certification program for IT asset managers, says its records show that at least three IRS IT asset managers were moved out of their positions at the time of the May 2013 inspector general's report that detailed the agency's targeting practices. What can they tell us?

2. The hard drives in question are federal property and cannot be destroyed or recycled without proper documentation. "Proper IT asset management requires clear proof and records of destruction when drives are wiped or destroyed," notes IAITAM President and founder Barbara Rembiesa. Where are these records?

3. IAITAM asks if the drives were destroyed by an outside IT asset destruction unit, a not-unusual practice among federal agencies. If so, it adds an entire second layer of documentation of the destruction of these assets, including who approved it.

4. What are the IRS' specific policies and procedures on document retention when hard drives are damaged or destroyed? In most large private-sector organizations, hard drives and computers are just not tossed in the dumpster or dropped off at the local recycling center until recovery of the lost data is assured.

5. What is the disaster recovery policy at the IRS, an agency responsible for our most sensitive tax information, particularly in light of its statistically implausible number of hard drive crashes?

6. Where are Lerner's emails from her BlackBerry device and what is on the enterprise server? Some have even suggested Lerner may have off-loaded her emails to what is known as a USB flash drive and still has them in her possession, another federal offense.

The IRS is counting on the general public's relative ignorance of computer technology to believe its smoke-and-mirror cover-up.

But in the age of the iPad and iPhone, even a child knows that something does not compute here.

How about one brutal question: "Was it Barack Obama or Valerie Jarrett who gave the order to do this?".

How about a second brutal question: Why is John Boehner still GOP Squeaker?

I've worked in the IT field at a Fortune 100 company for nearly 20 years. I was the last line of defense for serious computer issues and I dealt with thousands of bad hard drives. The first thing I would do is use forensic tools like R-Studio to try and recover data from the drive, track by track. If the drive was unreadable or the PC wold not recognize the drive, we offered the user the option to send the drive out to Ontrack Data Recovery services. They have a 95%+ success rate at recovering data, which they would burn to DVD's and ship back to us. It was expensive, with an average price of $2500 - but if the data was valuable and irreplaceable, the price was an acceptable loss.

The question I have is, if a Fortune 100 company has a data recovery plan in place that includes using Ontrack Data Recovery services for recovering important data - why doesn't the government?