It would seem that the era of hope and change ended about the time that Barack Obama took his oath of office.

The scale of the [federal government's] secret [terror] blacklist was revealed in a civil suit over the Terrorist Screening Database, and it shocked the judge.

99 percent of the names submitted to the list are accepted; the court called this "wildly loose." The database has grown from 227,932 names in 2009 to its current stratospheric heights. There is no official, public procedure for having your name removed from the list. The US government is seeking to end the trial by invoking state secrecy.

The Associated Press has the raw stats: 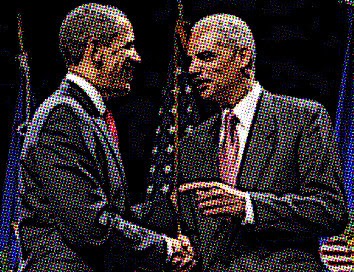 ...[The judge] said a secret filing he received from the government partially explaining its rationale for invoking state secrets was inadequate... Earlier this year, Trenga rejected a previous government effort to get the case dismissed.

The Alexandria case follows a ruling last month by a federal judge in Oregon that found people placed on the list have no adequate means to challenge their status. She ordered the government to develop a better means for seeking redress from placement on the list. The government has not yet decided whether to appeal that ruling.

I wonder how many Constitutional conservatives and other proponents of smaller government are on that list?

So let's summarize: we have an utterly lawless Department of Justice, a TSA that allows illegal aliens to board planes without identification, a president freeing hard-core terrorist leaders, and a border that is unguarded and completely open.

Meanwhile, the administration is adding millions of names to a secret terrorist watch list.

You can bet Doug you and I are on that list. Another thing to I'll wager is if you ain't feeding at the public trough, gaming entitlement, an illegal alien, "work",(that's an oxymoron if ever there was one!), for the federal system of extortion and tyranny, a Fabian or communist fascist, you are on that list.

I know I am on that list.
I'm on it because I honor the rule of law, respect the principles of republican form of government, believe my Liberty! is inviolate no matter what the clowns and psychopaths running MY government dictate or think, they can pound sand.
I withdraw my consent of their criminal ways and their usurpation of power, I defy the bastards!
I resist their criminal ways.
I'm a Freeman.
I was born free with Liberty! and I'm going to die Free with Liberty!

They can take their steenkin' list and shove it right up their arses.

Cause one day not too soon people are gonna have had enough of this dictator bullshit and corporate cronyism.
And no list in the worlds gonna protect these sleazy peeping tom perverts and their oligharchy tin pot bannana republic scum from the retribution and comeuppance they so richly deserve.
They are hanging on to that list because they are afraid of what we are going to do to them for what they are doing to us.
That list it's akin to calling our arms "Assault Rifles": because they are afraid our rifles are going to be used to assault them for what they are doing to us.
Rightfully so, they should be afraid, they have every reason, as it is these human scum who have created their own demise. They have been diligent and cunning in this tyranny.
They can have all the lists they want.
Peoples are coming for them.And the few hundred thousand of them ain't got a fart in a hurricanes chance against even one percent of the population who decide they got nothing to loose and absolutely everything to gain ridding ourselves of these son of a bitches who think they got some special privilege to rule over us.

Nothing could be farther than the truth.

Illegitimate and lawless doesn't even begin to exemplify the extent of the greed and power these lawless scum.