Remember when vintage media used to depict the Lightbringer with halos? 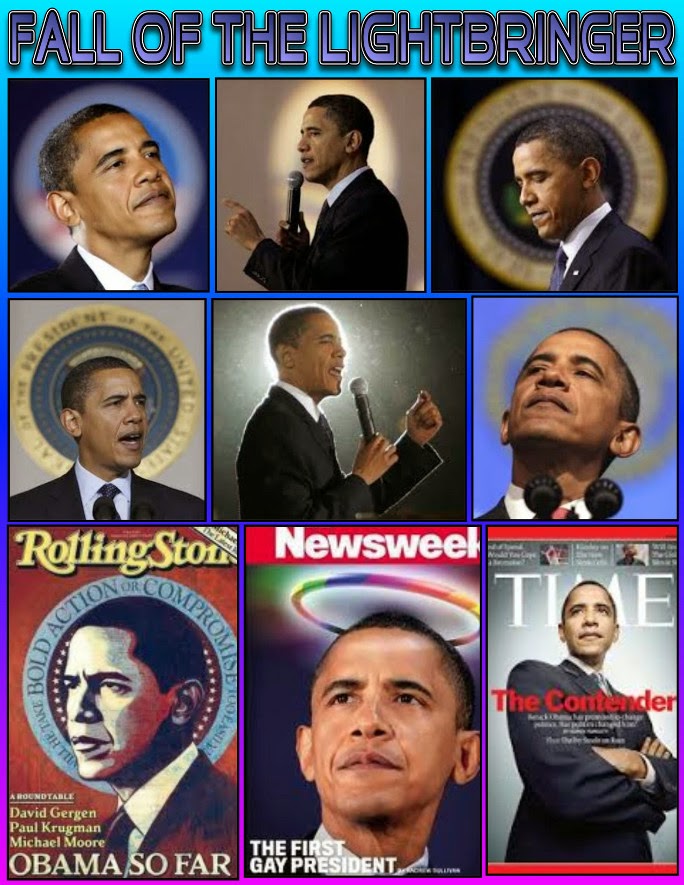 I honestly don’t know whether to put this in religion or politics. I honestly feel the passion for Senator Obama expressed by most of his followers has equal elements of both - even if they deny it. But I suspect the moderators would move it here to politics if I put it in religion, so here it is in politics. I know this will make many people angry (primarily Obama followers grin ), but I am not looking to debate. I just wanted to display some of the images of Obama because I find the whole media’s marketing - in this case, just the visual elements- behind the man so fascinating.

The Obama Mania and Mass Hysteria (because that’s exactly what it is) that swept Senator Barack Obama to where he currently is was greatly helped by a friendly media eager to see him President. In that regard they have undertaken an effort to visually display Obama as a godlike messiah figure.

And that's about the best succinct explanation -- in layman's terms -- we have for Obama's presidency.

Both Newsweek and Obama seem to have suffered the same fate.

Barbara Walters came right and admitted that the left saw Obama as a "Messiah" during an interview on CNN.

Obama told his minions at OFA that they were "doing God's work."

The second example is more scary, since it gives insight in how Obama views himself. Remember that he defined sin as being out of alignment with his views.