MUST BE A SLOW NEWS DAY: Obama Just Left on a Coast-to-Coast Fundraising Trip 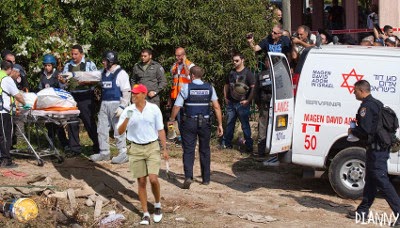 • Christians in Iraq Told to Face Conversion or Die

Things are so sleepy in Washington that our beloved Dear Leader has decided to fundraise some more. Even Dylan Byers, writer for the public relations arm of the Democrat Party (you may know it as Politico), can no longer hide his disgust:

Fundraising on the Titanic

President Obama is set to make a West Coast swing this week, stopping in San Francisco and Los Angeles for fundraisers and photo-ops. As Michael Shear noted over the weekend, Obama's decision to fundraise as the world burns isn't great for optics.

Jennifer Palmieri, the White House communications director, defended the decision. “It is rarely a good idea to return to the White House just for show, when the situation can be handled responsibly from the road," she told Shear at the time. "Abrupt changes to his schedule can have the unintended consequence of unduly alarming the American people or creating a false sense of crisis."

...That this White House can be hypocritical — comically hypocritcal, even — is news to no one who covers it. The salient point is that in the midst of Gaza, Ukraine and the ongoing border crisis, it might not be a bad time to put the fundraising on hold.

Some days I wonder whether all of this is just a really, really bad nightmare brought on by reading The Gulag Archipelago.

It's a nightmare alright. The last 6 years have just about ruined this once great country. The treasonous acts of Obama have gone unchecked and unpunished. America has been thrown off balance deliberately. I hope and pray that she can regain her footing and that the evildoers who have aided and abetted the worst president America has ever had to endure - will pay dearly for their treason. They should all be hanged by the neck until dead. Every last despicable one.

And the treasonous acts of the corrupted American news, entertainment and education systems would not be possible without the corruption of the GOP establishment.

The answer to all this: The Tea Party.