A Virtuoso of Malicious Intent

Since he assumed office nearly six years ago, US President Barack Hussein Obama has been dogged by allegations of managerial incompetence. Obama, his critics allege, had no managerial experience before he was elected. His lack of such experience, they claim, is reflected in what they see as his incompetent handling of the challenges of the presidency. 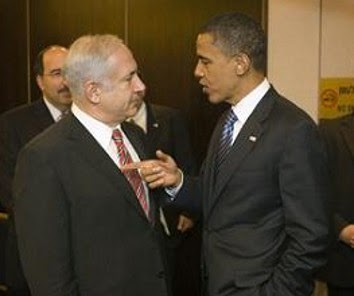 In everything from dealing with the Congress, to reining in radical ideologues at the IRS, to handling the chaos at the Mexican border, to putting together coordinated strategies for dealing with everything from Ebola to Islamic State (IS), Obama’s critics claim that he is out of his league. That he is incompetent.

But if Israel’s experience with him is any guide, then his critics are the ones who are out to sea. Because at least in his handling of US relations with the Jewish state, Obama has exhibited a mastery of the tools of the executive branch unmatched by most of his predecessors.

Obama is a master of mendacity, a virtuoso of malciousness. Consider two recent news stories.

First, in an article published in Comment: How the US first agreed and then refused to help locate a missing IDF soldier (10/17), terrorism analyst and investigative reporter Steven Emerson revealed how the highest echelons of the administration blocked the FBI and the US Attorney’s Office from assisting Israel in finding the remains of IDF soldier Oron Shaul.

Shaul was one of seven soldiers from the Golani Infantry Brigade killed July 20 when Hamas terrorists fired a rocket at their armored personnel carrier in Gaza’s Shejeia neighborhood.

As Emerson related, after stealing his remains, Hamas terrorists hacked into Shaul’s Facebook page and posted announcements that he was being held by Hamas.

Among other things it did to locate Shaul and ascertain whether or not he was still alive, the IDF formally requested that the FBI intervene with Facebook to get the IP address of the persons who posted on Oron’s page. If such information was acquired quickly, the IDF might be able to locate Oron, or at least find people with knowledge of his whereabouts.

Acting in accordance with standing practice, recognizing that time was of the essence, the FBI and the US Attorney’s Office began working on Israel’s request immediately. But just before the US Attorney secured a court order to Facebook requiring it to hand over the records, the FBI was told to end its efforts.

In an order that senior law enforcement officials told Emerson came from Attorney General Eric Holder’s office, the FBI was told that it needed to first sign an “MLAT,” a Mutual Legal Assistance Treaty with Israel, a procedure that would take weeks to complete, and is generally used in cases involving criminal prosecutions and other non-life threatening issues.

In other words, facing a bureaucracy acting independently, Holder – Obama’s most trusted cabinet secretary – acted quickly, decisively and effectively. And thanks to his intervention at the key moment, although Israel was able – after an exhaustive forensic investigation – to determine Oron’s death, today it is poised to begin negotiations with Hamas for the return of his body parts.

Then there was the unofficial arms embargo.

In August, The Wall Street Journal (08/14) reported that the White House and State Department had stopped the Pentagon at the last minute from responding favorably to an Israeli request for resupply of Hellfire precision air-to-surface missiles. The precision guided missiles were a key component of Israel’s air operations against missile launchers in Gaza. The missiles’ guidance systems allowed the air force to destroy the launchers while minimizing collateral damage.

In keeping with the standard decades-long practice, Israel requested the resupply through European Command, its military-to-military channel with the US military.

And in keeping with standard practice, the request was granted.

But then the White House and State Department heard about the approved shipment and spun into action. As in the case of Oron’s Facebook page, they didn’t reject Israel’s request. They just added a level of bureaucracy to the handling of the request that made it impossible for Israel to receive assistance from the US government in real time.

As State Department spokeswoman Marie Harf put it at the time, “We’re not holding anything. A hold indicates, technically, that you are not moving forward on making a decision about a transfer…. These requests are still moving forward; there’s just additional steps in the process now, and there’s been no policy decision made to not move forward with them…. They’re just going to take a little while longer.”

The Hellfire missiles, along with other ammunition Israel requested during the war, arrived in September – a month after the cease-fire went into effect.

Last week (10/19), veteran military affairs reporter Amir Rappaport reported in Makor Rishon that the US Arms Embargo of Israel Was Total during Protective Edge. The hold on the Hellfire missiles was only one aspect of the White House’s decision to stop arms shipments to Israel during the war. Shortly after Operation Protective Edge began, the administration stopped all contact with the Defense Ministry’s permanent procurement delegation in the US.

According to Rappaport, for the first time since the 1982 war in Lebanon, “The expected airlift of US ammunition [to the IDF] never arrived at its point of departure.”

As was the case with the FAA’s scandalous ban on flights to Ben-Gurion Airport during the war, Holder’s prevention of the FBI from helping Israel find Oron, and Obama’s arms embargo are being justified as mere bureaucratic measures.

Obama and his senior advisors are simply sticklers for procedure. And since during the war Obama insisted that he supported Israel, policymakers and the public had a hard time opposing his actions.

How can you oppose a hostile policy toward Israel that the administration insists doesn’t exist? Indeed, anyone who suggests otherwise runs the risk of being attacked as a conspiracy theorist or a firebrand.

The same goes for Obama’s policy toward Iran. This week we learned that the administration has now offered Iran a nuclear deal in which the mullahs can keep half of their 10,000 active centrifuges spinning.

Together with Iran’s 10,000 currently inactive centrifuges which the US offer ignores, the actual US position is to allow Iran to have enough centrifuges to enable it to build nuclear bombs within a year, at most.

In other words, the US policy toward Iran exposed by Obama’s nuclear offer is one that enables the most active state sponsor of terrorism to acquire nuclear weapons almost immediately.

But Obama denies this is his policy. For six years he has very deftly managed Congressional opposition to his wooing of the Iranian regime by insisting that his policy is to reduce the Iranian nuclear threat and to prevent war.

Consistent polling data show that Obama’s policies of harming Israel and facilitating Iran’s acquisition of a nuclear arsenal are deeply unpopular. His successful advancement of both policies despite this deep-seated public opposition is a testament to his extraordinary skill.

On the other hand, Obama’s virtuoso handling of the federal bureaucracy and Congress also reveal the Achilles heel of his policies. He conceals them because he cannot defend them.

Obama’s inability to defend these policies means that politicians from both parties can forthrightly set out opposing policies without risking criticism or opposition from the administration.

At least as far as Israel is concerned, Obama’s mastery of the federal bureaucracy is complete. It is not incompetence that guides his policy. It is malicious intent toward the US’s closest ally in the Middle East.

And to defeat this policy, it is not necessary to prove incompetence that doesn’t exist. It is necessary to expose and denounce the purposeful maliciousness of Mr. Obama as such.

Caroline Glick is Deputy Managing Editor of the Jerusalem Post. She is the author of The Israeli Solution: A One State Plan for Peace in the Middle East. Read more at CarolineGlick.com

My My , What a Wicked Web Has been Woven, Whatever Your Belief System, If You cannot recognize EVIL, it will devour You, Where is compassion and Love for The Chidren? I am a Child of God, Praying for the Lost. Is Your House in Order?

Don't know about 'virtuoso' (Obama sucks at everything, including golf,) but given the power of the presidency, it's rather easy to irreparably screw up America when you are a traitor put into our nation's most powerful office.

Same with Squeaker Boehner, only his virtuosity is in being a world-class coward, with average ability in backstabbing.

Either way, the combination of a traitor and a coward too scared -- or blackmailed -- to fight him, has spelled doom for a lot of our future.

For any hope, we need to boot out Boehner and repeal Obamacare and Dodd-Frank.