My Gun Control Debate With a Liberal

Via email, a response to a far left totalitarian who seeks the confiscation of America's guns. Because that would save all the children, dontcha know?: 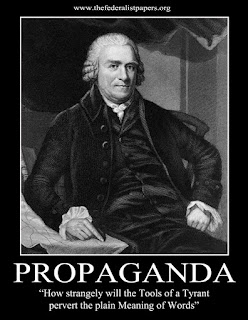 The history and text of the Second Amendment are crystal clear. The Bill of Rights podcast I sent you provides an excellent description of the Federalist vs. Anti-Federalist Debate on these topics.
As an aside, as Americans bought 170 million new guns since 1991, violent crime has dropped by more than half (source).
Concealed carry (CCW), once restricted to one state just a few decades ago, is allowed almost everywhere. And as CCW has proliferated, murder rates have dropped precipitously (source).
But since we're talking about saving the children, shouldn't we be more worried about the epidemic of violent crime by illegal aliens (by the Obama administration's own numbers, 37 percent of all federal sentences were levied against illegal aliens).
In fact, the Government Accountability Office reports that more than 25,000 homicides (1,000 Sandy Hooks!) were committed by illegal aliens over the last few years.
So, in fact, if you would like to save thousands of lives without having to repeal the Bill of Rights, perhaps sealing the border might serve as an excellent appetizer.
Of course, the very people who claim you could confiscate 330 million weapons from American citizens are the very same folks who say you can't build a wall or deport a few million criminal illegals.
If you're so committed to your cause, do something about it. Marshall some support for your position. Get that massive groundswell of support to actually do something about this problem of too much liberty.
As Jonathan S. Tobin recently wrote:

If you really believe America has too many guns and want them to be as scarce as they are in most other western democracies, there is only one logical way to do that. That means changing the Constitution rather than measures that eats away at the margins of gun rights without actually doing a thing to prevent anyone — sane or insane, honest citizen or criminal — from getting or using weapons, either legally or illegally. Liberals should consider this a challenge. Until they meet it and tell us what we all know they wish to do about guns, they should stop wasting our time."

So, are you going to propose something realistic -- or just rail at the wind?