In perhaps a display of loyalty to Ryan, three-fifths of the Republican conference supported his legislation, and even gave him a standing ovation following the bill’s passage.

In passing this legislation, the House has approved funding for the issuance of nearly three hundred thousand visas to migrants from Muslim countries in the next year alone.

Ryan’s bill accomplishes this migrant surge by fully funding every U.S. immigration program currently in existence, as well as funding the President’s expansion of the refugee program through Syrian migrant resettlement. 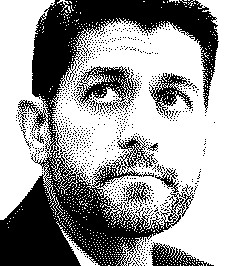 The most recent available data published by the Department of Homeland Security shows that in 2013, around 118,000 migrants from Muslim-majority countries were permanently resettled within the United States on green cards, as well as approximately 40,000 refugees and asylees from Muslim countries. Additionally, according to data from the State Department, in 2013 the U.S. voluntarily admitted approximately 123,000 temporary migrants from Muslim countries as foreign students and foreign workers.

On top of those autopilot admissions, which will be funded throughout all of 2016, the House is also funding the President’s plan to add another 10,000 refugees from the Muslim country of Syria. As a result, Ryan’s House-passed omnibus will bring in nearly 300,000 Muslim migrants in the next 12 months alone, including roughly 170,000 who will be permanently resettled within the country. In a December 3rd letter to administration officials, Sens. Sen. Jeff Sessions (R-AL) and Sen. Ted Cruz (R-TX) explained that the permeant resettlement of 170,000 Muslim migrants will be on top of the already huge inflow of temporary Muslim migrants:

This means that next year, the U.S. will admit more than two Muslim migrants for every one Iowa Republican primary voter.

Reports have documented how the admission of large flows of Sharia-sympathetic Muslim migrants has posed several assimilation challenges for the nation. For instance, Equality Now issued a report detailing how Muslim migration has put half a million U.S. girls at risk of suffering Female Genital Mutilation.

Similarly, Aayan Hirsi Ali has documented how honor violence and honor killings have become prevalent throughout the nation. Hirsi Ali has explained how the number of honor violence victims is only “likely to rise in the years to come” since “immigration trends over the last ten years, show a significant increase in the number of people moving to the United States from countries with high-honor violence rates—notably Somalia… as well as Iraq.” Moreover, a September 2015 Congressional report found that Minnesota, which has the largest Somali population in the country, also has the largest number of radicalized individuals who have attempted to take up arms and join ISIS in the fight against the West.

Yet many members of Congress do not seem aware of these reports. For instance, in an October interview with Congressman Rep. Jim Jordan (R-OH), Breitbart News asked Jordan if he thought visa issuances to Muslim countries should be reduced, citing the fact that in his home state of Ohio, which has a large Somali population, more than 20,000 girls are at risk of having their sexual organs cut from their bodies.

Jordan’s response was, “In Ohio? Wow.” Jordan could not say whether he would support curbs to Muslim immigration declaring, ” I’d have to look at that closer. I have not looked at that particular.”

Yet in addition to funding visas for nearly 300,000 Muslim migrants, Ryan’s omnibus bill also funds the expansion of the H-2B guest-worker visa, which according to immigration attorney Ian Smith will disproportionately “hurt America’s most vulnerable workers” such as black workers, single women, the elderly, and first-generation immigrants. This provision– tucked 700 pages into the bill– resuscitates and expands a controversial provision of Sen. Marco Rubio (R-FL)’s Gang of Eight immigration plan to increase guest-workers.

The expansion of the H-2B program seems to confirm previous Breitbart News reporting, which observed that a Ryan Speakership would mean the desires of 9 in 10 Republican voters to reduce future immigration growth would be trumped by donor class’ desire to increase immigration.

As Breitbart News wrote prior to Ryan’s election as House Speaker:

House conservatives would have as much, if not more, to fear from Ryan as Pelosi in terms of striking a deal to advance amnesty and immigration-expansions on the House floor… Conservative lawmakers will be blocked from any attempt to advance legislative campaigns to curb immigration or to coordinate any public messaging designed to give voice to the concerns of working class Americans whose schoolhouses, jobsites and emergency rooms have been transformed by massive immigration.

Goodlatte, who serves as Chairman of the House Judiciary Committee, has been a long time supporter of importing more foreign workers into Virginia.

However, the data contradicts Scalise’s claim.

In his sales pitch to the Republican Conference, Scalise failed to mention that the U.S. has admitted an unprecedented 59 million immigrants since 1965, which has transformed the nation demographically, socially and economically.

However, just three days before Steve Scalise was born, the Kennedy-backed bill was signed into law, resulting in an explosion of America’s foreign-born population from 9.6 million in 1965 to 42.4 million today. Census data shows that every three years, as a result of Kennedy’s immigration rewrite, the U.S. adds another immigrant population the size of Los Angeles.

When Scalise was born fewer than 1 in 20, U.S. residents were foreign-born. Today, that figure is rapidly nearing 1 in 7, and will rise to never before seen highs in coming decades if a pause or reduction to visa issuances is not enacted. Yet Scalise apparently believes that the unprecedented pace of foreign worker arrivals is not high enough.

Perhaps the greatest political irony surrounding the House’s passage of the Omnibus may be that Paul Ryan was able to get away with what Rep. John Boehner (R-OH) never could– namely, the decision of the House Freedom Caucus to support Paul Ryan has enabled the donor class to lock in President Obama’s immigration policies for his final year in office in a way that would otherwise never have been possible.

The rabble-rousing conservatives who were such a problem for former Speaker John Boehner (R-OH) are giving new House Speaker Paul Ryan (R-WI) the benefit of the doubt on the year-end funding package…Some of the House’s most conservative members credit Ryan’s honeymoon period or their desire to skip town for the holidays for smoothing the path for them not to stand in the way of a deal… Under Boehner, 11th hour budget negotiations all but guaranteed intra-party fireworks in the GOP conference… But this time, members are giving Ryan a break, at least in part in hopes of making a dash for the holiday exit.

Talking Points notes that many of the most vocal critics of John Boehner seemed eager to Ryan. For instance, Rep. Mark Meadows (R-NC) told Talking Points that Ryan “passed the test in terms of process and openness. He passed with flying colors.”

All nine of them voted for Paul Ryan as House Speaker.

"unprecedented 59 million immigrants since 1965, which has transformed the nation demographically, socially and economically" - so I guess Julia doesn't expect any changes to the USA (or the world in general) in half a century? She so longs for the good old days of Calvin Coolidge, when only the whitest of the white were allowed to immigrate and we kept those dirty brown and black servants in their place.

Betrayal, it's the new normal.

I pray to God that Trump can change this, whether it be from the White House, or from one of his towers.

He is the only figure I can see to call this out, and to lay it on the carpet, at the feet.

If anybody had listened closely to Ryan before he became the 'pre-selected' speaker and replacing Boehner - this betrayal should not be a surprise to anyone. He no longer is this supposedly conservative politician but rather one of the others - who are bought and paid for by special interest such as Wall Street, Chamber of Commerce/Donohue, CFR and a host of others.

The agenda by these special interests are as follows: Amnesty and open borders allowing anyone desiring to cross to be welcomed. Common Core - the globalist designed education shindig. ACA - Obamacare and finally the TPP/TPA. It is the last 'hurrah' against every American citizen - replacing most in their current employment by the arriving 'low wage and uneducated' border jumper/invader like Disney did - firing their workers to replace them with the new low wage earner.

Tax payers will finance this shindig.

The muslim amnesty and their arrival began during Hillary's time as SOS - she imported thousands of muslims - without the 'vetting'.

By the year 2050 - if the US as a republic survives - the American population will be 40% while the other 60% will be border jumpers and muslim imports.

These actions are intentional and on behalf the 'shadow government' running this country. Ryan is just another tool having pledged his loyalty to the 'special interest' in lieu of money and power.

This omnibus bill - passed by republicans and voted into law by the democrats in the house and senate should be the final warning to every citizens that they no longer matter, there are no longer two parties but rather the 'uni party', that their concerns and needs are of no concern but rather the arriving imports are those in need of care as well as we have the most tyrannical and criminal government ever.

One more thing they will force upon americans but will not be addressed until this guy in the white house will finish his 70-million-dollar vacation in Hawaii (paid for by American taxpayers): The disarming of americans and revocation of the 2nd amendment. With the help of republicans in DC - he may succeed.
There is a reason that we have so many killings lately, increasing by the day - many are considered to be 'false flags' as well as staged and arranged.

We finally saw who they are, what they do and what their intent and purpose is: Traitors and criminals!

boy what a bunch of whiny asses teabaggers.....i hope you idiots do go crazy...i have my remington 870 pump with 3o inch barrel wainting for you crazy butthurt bastard bring it ! bitter cause YOU GOT BEAT !