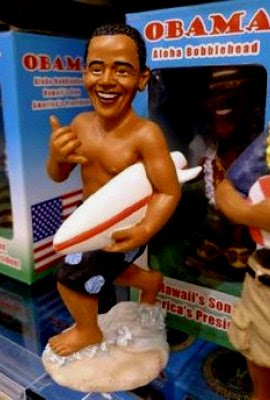 Time for Attorney General Eric Holder to Resign: Bachmann
The GOP doesn't need leaders like McConnell and Steele: PJM
Sarah, She Wolf of the GOP: Zombie

Helen Thomas Rescends Her Apology: Driscoll
Bristol Palin Strikes Back at Olbermann: 'Sorry We Can't All Be As Perfect As You': NewsBusters
Criminalization of Politics and the Scourge of Tom DeLay: AT

Don't Start START Just Yet!: Ace
Obama Muslim Outreach Success Story #7,032: Palestinians Say They Are No Longer Bound By Oslo: JoshuaPundit
Didn't We Used to Be on the Same Side?: JPost

Attacks on Nuclear Scientists in Tehran: Stratfor
UN Tribunal will name Iran for murder of Lebanese Prime Minister: Timmerman
Islamists Targeting Christians ‘Wherever They Can Reach Them’: PJM

THREE Cheers for Rep. Bachmann, for leading the way on the truth.

Indeed, Holder is a disaster.

BUT, can she please include Hillary Rodham Clinton?

The Clinton State Department is just as bad, just as big of an embarrassment, as the Holder Justice Department.

Of course, the entire Obama Cabinet is a joke. The entire Democratic Partisan Obama Team is a disaster.

But Hillary and Holder should go...

Giving Muslim Terrorists the RIGHTS of a US Citizen - a trial in NYC as if they robbed a Wallmart, is just as moronic as Hillary Clinton trying to push the disastrous START TREATY - when the State Department knows Russia is a "Mafia" run disaster.