Heh: Dennis Kucinich, the Only Representative to the Left of Michael Moore, May Lose His Seat in Redistricting Awesomeness

That applause you hear in the distance is the state of Ohio celebrating, albeit prematurely. 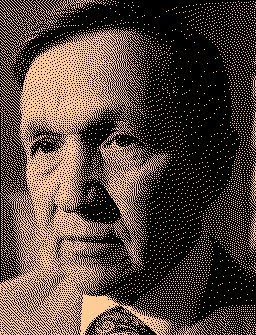 The state of Ohio will lose two congressional seats thanks to the latest U.S. Census figures, and liberal stalwart Dennis Kucinich is worried his seat is on the chopping block.

In an e-mail to supporters Wednesday, the seven-term Democratic congressman and two-time presidential candidate says the Republican-controlled Ohio legislature is likely to eliminate his heavily Democratic Cleveland-area district... [He's] calling on supporters for ideas on how to proceed:

“We are going to have to prepare for a different kind of election, possibly in a different place because my district may be eliminated...

...We are going to have to organize in a different way, now. The question will remain: Where?

...This discussion is consequential. Please participate by providing your insight and advice.”

Over on the left side of the blogosphere, Zandar versus Himself agrees that Kucinich is at risk.

If Ohio was going to lose only one district, I figured Kucinich would actually be okay. (First target would actually be Tim Ryan in OH-17), but with two going, Kucinich's digs will be folded into Marcia Fudge's heavily urban Cleveland district, OH-11 and you have to figure Betty Sutton and Tim Ryan will see theirs folded together too.

No doubt in my mind that Ohio will get rid of two Democrats, and phasing out Kucinich would be a big symbolic head to collect.

And a pair of big ears to boot!

I wonder what Cynthia McKinney does for a living? Perhaps she could serve as a template for Kucinich's new role in the private sector. I'm sure she's extremely successful... (trying to control belly laugh).

at 9:54 PM
Email ThisBlogThis!Share to TwitterShare to FacebookShare to Pinterest
Labels: Democrats, Kucinich

That IS a big bowl of awesomeness.
The schadenfreude meter is off the charts.
Losing an election is one thing but when a Democrat is thrown out of office by a group of giggling Republicans it makes it so exquisitely more painful and funny.