At least someone will have read it: GOP to 'paralyze' Senate by reading the disastrous 2,000-page, trillion-plus spending bill

Hey, schmucks: is it really too much to ask that our representatives read the damn bills before they vote on them?

I will assert the following: the 111th Congress will go down in history as the most rabid, radical and destructive enemies of the state ever to assume power in America. 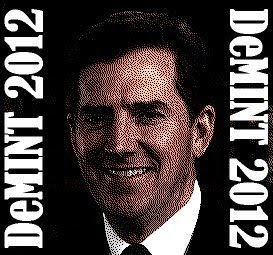 Republicans will paralyze the Senate floor for 50 hours by forcing clerks to read every single paragraph of the 1,924-page, $1.1 trillion omnibus spending bill.

Senate clerks are expected to read the massive bill in rotating shifts around the clock — taking breaks to drink water and pop throat lozenges — to keep legislative business on track, according to a Democratic leadership aide... The bill is so long that it took the Government Printing Office two days to print it...

Sen. Jim DeMint (R-S.C.), the Senate Republican Steering Committee chairman, vowed not to back down... “If they bring this up, they’re going to read it. It’ll take them a day or two to read it,” DeMint said on Fox News. “Again, we’re trying to run out the clock. They should not be able to pass this kind of legislation in a lame-duck Congress.”

Senator DeMint, I'll say it again: you need to run for President in 2012.

And no senator who falls asleep and/or fails the quiz at the end shall be allowed to vote on it.