San Francisco Chronicle does the impossible: it explains Nancy Pelosi

Yes, it's true: the San Francisco Chronicle has finally explained Nancy Pelosi. It reports that one of the state government's most prestigious agencies has decided to relocate from San Francisco because (and I quote) "San Francisco is just too expensive - and its workforce too dumb - for the agency to continue doing most of its business [there]." 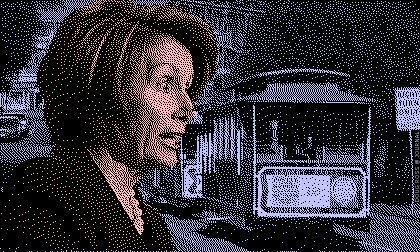 After almost 100 years, the State Compensation Insurance Fund is pulling 755 of its 830 jobs out of town... the high cost of Bay Area living is only part of the problem, Vargen said. The agency also seems to have trouble attracting qualified workers here.

"We have to do a lot more testing to get qualified candidates," Vargen said.

For example, only half of the San Francisco applicants passed the most recent test to become workers' compensation claim adjusters - compared with the 90 percent pass rate in Eureka...

Well, if the Chronicle asserts that S.F. residents are 40% dumber than those living in the rest of the state, who am I to argue?