The Hill reports that the "fiscally conservative" Blue Dog Democrats (try not to chuckle) finally arrived in the year 2007. By that I mean the few "moderate Dems" who survived the 2010 Midterm beatdown at last organized themselves sufficiently to create a Twitter account. 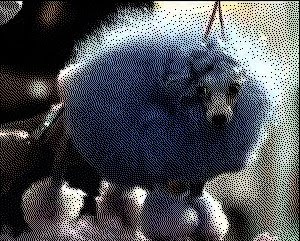 The coalition's membership of centrist and conservative Democrats was slashed by at least half during the midterm elections. Two of its four leaders — Reps. Baron Hill (Ind.) and Stephanie Herseth (S.D.) — did not secure reelection.

Which is about the same number of Americans who believe a modern Democrat can be fiscally conservative.

That is so funny, like the Senator from LA, named Landrieu who was on GRETTA's show the other night, providing major lies about concerns with overt spending and deficits.

Even funnier, watching the narcissist named Clinton take over the POTUS press conference.

Isn't it a RIOT, knowing he is now lobbying for the extension of the SAME TAX CUTS, which repealed his massive tax increases from the early 1990's?

This is the same Bill Clinton who told Democrats, they must pass Obamacare, or they will be crushed in the recent midterms.

He is a joke, and showed it again today. And his wife has been revealed to be a disaster as Secretary of State. Yet, Democrats still cling to these terrible Partisans, who so vividly exploit Public Service for their own greed and ego - much like Charles Rangel.

There is no 'moderate' Democrat. The Clintons were the ones who tried to desperately Nationalize US Health Care, after giving the USA one of the biggest tax increases in US History.