The invaluable Islam In Europe reports:

A man blew himself up in a suicide attack in central Stockholm this evening surrounded by Christmas shoppers (SE, SE). A car exploded just minutes earlier on a nearby street, injuring two people... The man carried six pipe-bombs, but only one exploded. In addition he had a backpack filled with nails, and a possible additional bomb... 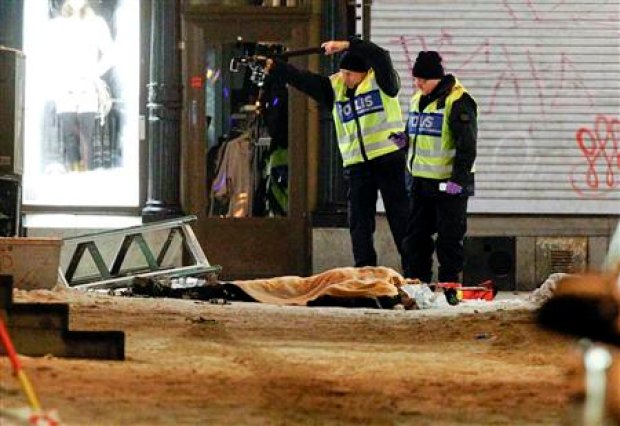 According to witnesses, the man shouted something in Arabic before he detonated the bombs.

The bomber was the only one killed in the attack. Several people nearby went into shock and suffered hearing loss.

The bombs detonated at Bryggargatan street. According to one source, if he would have blown up on the nearby Drottninggatan street, it would have been a massacre...

Approximately ten minutes before the explosions occurred, Swedish news agency TT received an email, also addressed to Säpo, in which a reached out to “Sweden and the Swedish people”.

He cites Sweden’s silence surrounding the cartoons by Swedish Lars Vilks which portray the prophet Mohammed as a dog, the Swedish troops in Afghanistan, saying in audio files attached to the email that “now your children, daughters and sisters die like our brothers’ and sisters’ children die”. 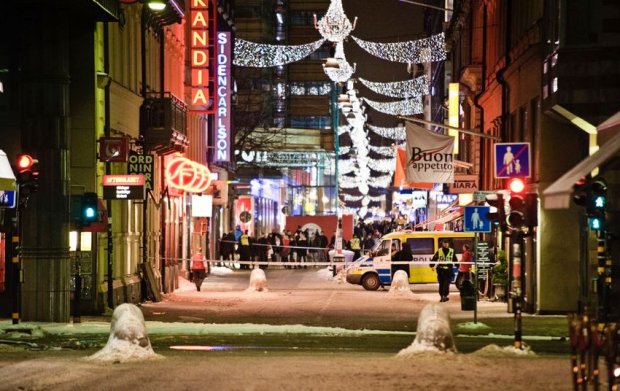 “Our actions will speak for themselves. As long as you don’t stop your ward against Islam and degrading the prophet and your stupid support of that pig Vilks,” the man said.

The man also urges all Muslims in Sweden to “stop sucking up to and degrading”. He concludes the message with yet another call to “all the mujahedeen in Europe and Sweden”.

In the midst of the Christmas shopping district, the jihadist's aims were simple and obvious: kill more innocents, women and children especially.

I contacted CAIR to see if they would issue a statement, but have thus far received no response.

at 6:06 PM
Email ThisBlogThis!Share to TwitterShare to FacebookShare to Pinterest
Labels: extremism, War

Great coverage, Doug, I wrote about this at my blog too.

I just saw an update at Gateway Pundit that says the jihadi did not act alone.

Sweden, please open your borders and allow more islamic murderers to rape your women, murder your sons and daughters and pillage and plunder your land!

Islam is a death cult, it is a psychosis, it is war and enmity against every man. When muslims run out of infidels to murder, they kill each other. It is an insatiable lust for death and the demonic koran sanctions it.

Curious that you mention women and children as the targets. Is this street especially frequented by them or do Swedish men not shop for Christmas?

Sorry, Vivek, but men are just statistics, as are fat women and ugly children. The depraved muslums want to kill women and children out of sexual fustration; the mercenary newspapers know that dead men don't evoke higher sales unless their entire photogenic family died with them. The bulk of any human population will make their choices based on emotions - dead men don't win enough hearts and minds for either side.

Remember, Democrats actually believed TERRORISM was going to go away, as soon as a Democrat was elected President.

And now we see Terrorism is on the rise, as the Obama-Clinton-Pelosi-Reid weakness is inviting the worst.

Change and Smart Power is a massive failure.

@Vivek: I posted this just for you.