Idiot Blogger: No One Took ObamaCare Constitutionality Question Seriously, Except for 20 State Attorneys General and Hundreds of Scholars

It never ceases to amaze me what passes for "informed commentary" on the Left. The progressives must continually escalate the level of intellectual dishonesty as their favorite central planners' Utopian schemes fail over and over again. Raising the propaganda bar once more is the pathetic Josh Marshall of Talking Points Memo who does his best work as a creative writer -- most frequently in the genre of agit-prop.

You'd be hard-pressed to come up with a more despicably dishonest paragraph than that one. 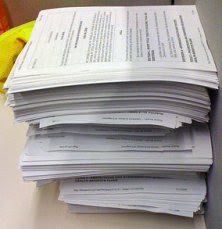 Let's pick this apart one point at a time. Believe me, it's like shooting fish in a frickin' barrel with this neuron-challenged crackpot.

• "No one took seriously" the fact that Obamacare is unconstitutional? Really, schmuck? No one but about two dozen state attorneys general and the National Federation of Independent Businesses, for starters.

• As for scholars, the brilliant constitutional attorney Mark R. Levin, president of Landmark Legal Foundation, led the development of a stunningly clear Amicus brief to solidify the Virginia Attorney General's position. Levin and numerous other Constitutional conservatives made it crystal clear why Obamacare was so directly at odds with the Constitution. As Levin himself wrote tonight:

1. Individuals who do not actively participate in commerce -- that is, who do not voluntarily purchase health insurance -- cannot be said to be participating in commerce under the United States Constitution's Commerce Clause, and there is no Supreme Court precedent providing otherwise;

2. The Necessary and Proper Clause of the Constitution cannot be used as a backdoor means to enforce a statute that is not otherwise constitutional under Congress's enumerated powers;

and 3. There is a difference between a tax and a penalty, there is much Supreme Court precedent in this regard, and the penalty provision in Obamacare is not a tax but a penalty and, therefore, is unconstitutional for it is applied to individuals who choose not to purchase health care.

• As for Marshall's egregiously dishonest claim that Hudson is some sort of "activist judge"? If applying the Constitution as it was written means anything -- and considering every other law is supposed to be interpreted as it was written -- the only activists on the bench are the Leftist-slash-crypto-socialists who claim our nation's highest law is "living and breathing" so they can confiscate more private property and amass more personal power. 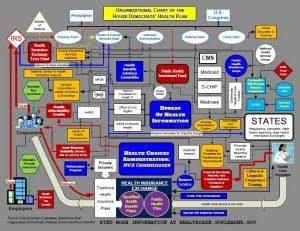 Tools like Marshall see no limits on the state whatsoever, as if we live in Zimbabwe or Cuba. In fact, Marshall would have fit in beautifully in the old Soviet Union.

As for the decision: anyone remotely familiar with this nation's founding -- which rules out the feeble-minded Marshall -- knows that a federal government (not a national government) with limited, enumerated powers was the intent of the Framers. This is crystal clear to anyone with an IQ over 75 who has bothered to read the Federalist Papers.

And as a backdrop to his ludicrous position, Marshall's Utopian welfare state is collapsing -- not just here but all around the world. That's what makes his propaganda so outrageous; but it's not unexpected coming from the Statist Left that must continually invent new lies to cover up failure after failure after failure.

Come to think of it, with a few more excretions like this one, Marshall might displace the ludicrous Matthew Yglesias as a front-runner for the World's Dumbest Blogger Award.


Linked by: Michelle Malkin, Don Surber and American Power. Thanks!

Democratic Partisans have been stuck on lies for so long.

Remember all the lies about the Clintons?

And it is going to get uglier. Democratic Partisans have again been revealed to be utterly lost, totally misguided, completely delusional, entirely incompetent, and their lies will grow as they try to salvage any and all.

They will be pulling Clintons, Rangles, Gores, etc., trying to lie as the burning flames continue to grow further out of control.

They will actually sink deeper and deeper, further into a more insane embrace. So many like Kos are so in deep with the nonsense they will feel stuck - and many have embraced the folly out of pure political hatred anyhow.

Look for it to get worse, but it has to happen, for they must be removed from all and any forms of influence.

They simply need a sincere intervention.

THANK YOU FOR POSTING! We've been all over this on Common Cents...

Doug, I know you're sparing Marshall further embarrassment but his further dishonesty can't go without comment. About everyone would agree with his statement that "the idea that buying health care coverage does not amount to 'economic activity' seems preposterous on its face." Quite the strawman since our side has long claimed the opposite, which has now been rightly decided: NOT buying coverage does not amount to economic activity. The mandate doesn't apply if you ARE buying coverage, only if you are NOT!
I wonder, is Marshall that dense or is that just his view of his readers?

Anonymous nailed it. Marshall has grotesquely misstated the position he then says no-one takes seriously. *Not* engaging in economic activity is what the left would have us believe is economic activity, not the opposite.

It's pretty easy to call your opponents dumbasses when you flip their position upside down first. This lefty meme of trying to pin the epithet "activist" on constructionist righties the last few months has now officially jumped the shark.

Remarkable - following and enforcing the Constitution is equated with judicial "activism." What a retard.

"Individuals who do not actively participate in commerce -- that is, who do not voluntarily purchase health insurance -- cannot be said to be participating in commerce under the United States Constitution's Commerce Clause, and there is no Supreme Court precedent providing otherwise."

I don't LIKE this ruling, and I'd nuke it off the pages of every law library on the planet if I were god, but it's there in black and white for tyrants to abuse.