Multiple sources -- including Politico ("Harry Reid pulls $1.1 trillion spending bill from floor") and The Hill ("Reid pulls back from yearlong omnibus, aims for short-term [Continuing Resolution]") -- report that Harry Reid has raised the white flag on his insane spending bill (you may know it as "The Friends and Family of Emanual Cleaver Enrichment Act").

See if you can detect the spin from The Politico, the last redoubt of former WaPo reporters who don't even try to disguise their party allegiance. 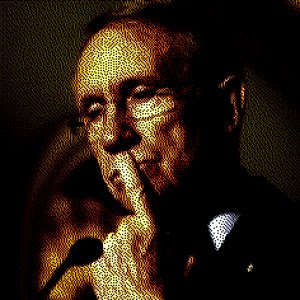 Senate Democrats abruptly pulled down an omnibus spending bill after senior Republicans – caught with their hands in the cookie jar — deserted the measure in an effort to square themselves with tea party activists and conservatives in the party.

Senate Majority Leader Harry Reid made the announcement and signaled he would substitute a short-term spending resolution for the much more detailed year-long $1.1 trillion plus measure which many in the GOP had been quietly rooting for just weeks ago...

With Washington facing a funding cutoff Saturday night, the result is a genuine fiscal crisis — at once serious and rich in political farce.

Democrats have only themselves to blame for failing to pass any of the 12 annual appropriations bills that fund the day-to-day operations of the government...

I don't trust these Statist losers as far as I can throw 'em.

These Marxist nuts can't get the hell out of DC fast enough for me.

Guess Lamar Mickens won't be getting that 48 billion dollar check after all.

On another note, I think this means the initial funding for Obamacare is likewise...TOAST!

And zero funding for the military?