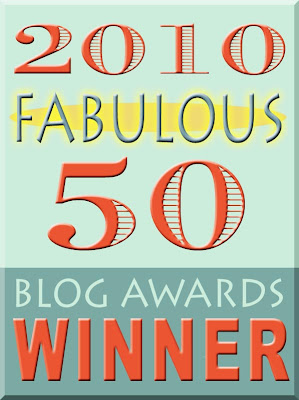 The 2010 Fabulous 50 Awards are set to be announced later this week.

How prestigious are these awards? So prestigious I can scarcely deign to answer that question. They're so freaking awesome I don't even need to say a word.

Well, if you do need evidence, Glenn Reynolds once described his 2009 award as "the proudest moment of my life, including losing my virginity."

Michelle Malkin said that the trophy, now ensconced in plexiglass in her trophy cabinet, is her most treasured possession.

Alright! They didn't say those things. None of 'em said anything.

Anyhow, stay tuned. Later this week -- the exact date is unclear to keep you hitting the browser Reload button -- we'll unveil the 2010 Fabulous 50 Blog Awards. They represent the 50 most awesomest blogs of all time. Or at least of 2010. In this ZIP code. Or ZIP+4 code.