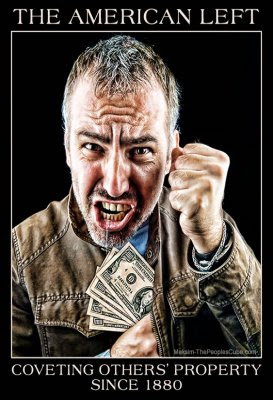 The Pigford Case and Why the NY Times Doesn’t Want to Talk About It: Verum Serum
MSNBC's Chris "Thrill Up My Leg" Matthews Wins Quote of the Year: MRC
Did GOP Abandon Tea Party With Bogus "Food Safety" Bill?: Dollard

An Axe to the Roots: GoV
Herman Cain for President?: Cubachi
An Assortment of Pigs in Elephant Costumes: GM's Place

Marines: 67% Say Putting Homosexuals in Their Units Will Hurt Their Effectiveness in the Field: Big Peace
Modern, moderate Malaysia: 200 arrested for "deviating from Islam": JihadWatch
"They want the Christians to evacuate from the Middle East and leave. And this is what is happening...": JihadWatch

America must wake up to threat of Sharia: WashExam
The Islamic Timeline: iOTW
Psychological Research: Inbreeding and Terrorism: BigPeace

Why Obama Surrendered the Missile Shield: AT
AQ Wants the Muj to Poison Your Salad: Jawa 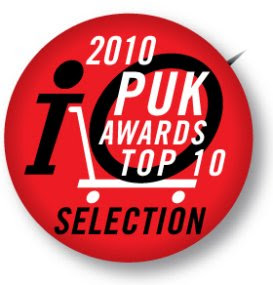 The Ten Most Expensive Domain Names Ever Purchased: The Awl
What They Know - Mobile: WSJ
Kinect Sex is Here to Stay: CNet

QOTD: "Basically, moonbats want an economic system in which the energetic and able are enslaved to a nonproductive parasite class. One problem is that people forced to work not for their own benefit but for the benefit of hostile freeloaders aren't as productive. The closer America comes to the communism our rulers are incrementally imposing, the less productive the slaves will be, until we reach the point that they aren't willing or able to produce anything at all. Then there will be no drinks for anybody, and utopian equality will have been achieved at last." -- Van Helsing, Moonbattery

Monday, March 30, 2009
THE COVETOUS LEFT
The root of leftist populism is covetousness.

And not the "greed" of the upper-class.

This covetousness is most evident with regard to the whole executive pay issue and with the so-called 'growing disparity between rich and poor".

The bottom-line this: BESIDES THE SHAREHOLDERS, it's really none of ANYONE'S business what any given private company pays its executives.

Paying them less will not make me or anybody else richer.

If they are overpaid, then MAYBE their products or shares will be overpriced and their profits reduced.

AGAIN: this matters not one whit to anyone except shareholders.

It is not the federal government's business - nor the business of ANY government - what one person agrees to pay another, (or what one group decides to pay an employee).

AGAIN: unless I'm a shareholder, paying other people less won't put one cent in my pocket.

The JEALOUSY which drives the left is irrational, and the so-called remedies the left prescribes are actually harmful to the general well-being because they decrease overall prosperity and economic growth (which is only spurred by incentives).

So, there's absolutely no upside to their whining - EXCEPT POLITICALLY: the populist politicians who exploit the ignorance and covetousness of the electorate gain in popularity.

The idea that the increasing wealth of the rich comes at the expense of the poor is equally ridiculous - and also rooted in covetousness.

It's the same crap as the old leftist canard that the First World became wealthy by looting the Third World.

Wealth - like prosperity - is something which is created; it doesn't grow on trees; it isn't lying around in everyone's backyard. It takes guts, risk, investment and sweat to make money - and to keep it.

If we penalize the people who are good at this we will all suffer.

Monday, June 16, 2008
LEFTISM AS COVETOUSNESS: IT'S ABOUT THE TAKING

Michelle Obama said the following at a recent campaign event:

Should she become first lady, she said she'd focus on family issues.

"If we don't wake up as a nation with a new kind of leadership...for how we want this country to work, then we won't get universal health care," she said.

"The truth is, in order to get things like universal health care and a revamped education system, then someone is going to have to give up a piece of their pie so that someone else can have more."

OR WE COULD CUT TAXES AND CUT SPENDING AND GROWN THE PIE.
VOTE ACCORDINGLY.