Larwyn's Linx: How did all that happen? 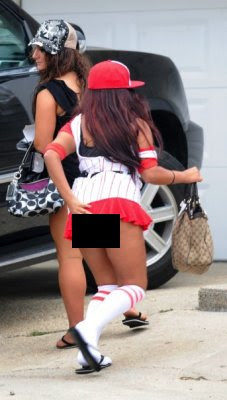 How did all that happen?: Hanson
Obamacare Is Already Unraveling: Foundry
The Four Questions Every Liberal Must Be Asked: AT

The Missing Link in the Evolution of Barack Obama: AT
WaPo: Lousy Name, Not Bad Policy, Responsible for Unpopularity of ObamaCare: NewsBusters
Sorry Liberals, Jewish Tradition is Most Compatible With Conservative Ideals: Lid

The Five Best Arguments Against Sharia in the United States: Zombie
Mayor Bloomberg Worked Behind the Scenes With Islamists to Get Ground Zero Mosque Built: RWN
London is home to organizational arm of Hamas in Europe: Atlas

Dead Butt Syndrome: Why Should I Exercise Again?: AWD
You'll miss me when I'm gone: MOTUS
A New Mascot for the Democrat Party: Cube

QOTD: "The first step in getting people to accept and Congress to enact the necessary fiscal adjustments is to stop running the federal budget on a cash basis. That makes it too easy to promise benefits and incur liabilities in the future that appear to have no cost. Using accrual accounting would put current spending and future spending on an equal footing and also show people how things like raising the retirement age can produce future savings that will show up in the budget today, which could obviate the need for near-term fiscal contraction that may be economically destabilizing." -- Bruce Bartlett, The Fiscal Times

Sorry to be away for the Holidays.

Hoping the mighty Ross and the Ross readers had a great Christmas.

Wishing all a Great New Year.

My detail finally came in, perhaps I will be on my way.

Regardless, keep up the great work.

PS: By the way, O'Donnell is under investigation, perhaps a game by some partisan complaints, but it does seem she used many campaign funds for rent?

This is a big lesson yet again, which some of our best Conservative Pundits should grasp. Fashion is utterly foolish. Never FOLLOW anything.

Delaware was a disaster, and we have to avoid this stereotype IMAGE - IDENTITY nonsense, the same fashionable self destructive mess which debased the best Conservative Interests in Washington after 2004.

We simply cannot allow this Democratic Partisan madness near any serious influence again - even if it takes getting a few weak apples on Our side.

Give the power of the Majority of Conservatives within the GOP and grow their strength in a CONSTRUCTIVE manner.

Those fools who are so insane, claiming cabals-conspiracies with ROVE and Powerline, etc., need to get some professional help, then apologize for Miller and the rest of the fiasco folly they pushed.

2012 is essential again, and frankly some of those who think they are so ultra conservative are part of the problem. They don't know "reason, logic, strategy, strength, attraction, etc", they live in a fantasy realm, which is so far from Reagan Conservatism they remind one of the fraud named Huckabee.

Such is life, hoping we survive and succeed.