In our Continuing Saga of the Democrats' Collapsing Welfare Society, Bankrupt States About to 'Sentence People to Death'

In a morbid sort of way, it's almost humorous that Democrats rammed through socialized medicine when the very welfare state they created is in the process of collapsing. Oh, and that's not me saying it -- that's coming from the Democrats in charge of these fiascoes. 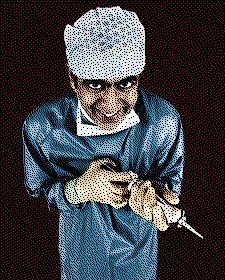 Governors nationwide are taking a scalpel to Medicaid, the jointly run state and federal health-care program for 48 million poor Americans, half of whom are children. The single biggest expense for states, Medicaid consumes about 22 percent of their total $1.6 trillion in expenditures, more than what is allocated to elementary and secondary education...

“I don’t think most states want to sentence people to death,” said Judy Solomon, co-director of health policy at the Center on Budget and Policy. “But what we see is a pretty bleak picture of tough cuts made this year, and next year’s numbers look worse.”

... Every state has a unique formula for calculating the federal contribution for Medicaid. The 12 with the highest personal income, including California, New York, New Jersey, Connecticut and Colorado, typically depend on the U.S. government for about half their expenditures.

Under the stimulus, the federal share rose to about 62 percent. In July it will return to the old formula, forcing the states to pick up 50 percent of the total cost of the program instead of 38 percent.

You read that right. A large chunk of the Obama Stimulus program was directed to states in order to make up for Medicaid shortfalls and to keep their biggest backers -- union bosses -- in clover.

Not much of a job creator, it turns out.

I'm still waiting for Democrats to take credit for all of their wonderful programs. All of them: Social Security, Medicare, Medicaid, the Welfare State, and everything in between. Programs that ultimately crush the human spirit, bankrupt governments, and destroy democracy.