Spain’s Debt Crisis Bodes Ill for Our Own

Events in Spain need to be watched closely. Spain is in the midst of a credit crisis, a major debt crisis. The reality is Spain has tapped the financial markets through borrowing treasury bills. Spain is paying more than a percentage point higher in interest than a month ago... Why should be watch these developments in Spain? 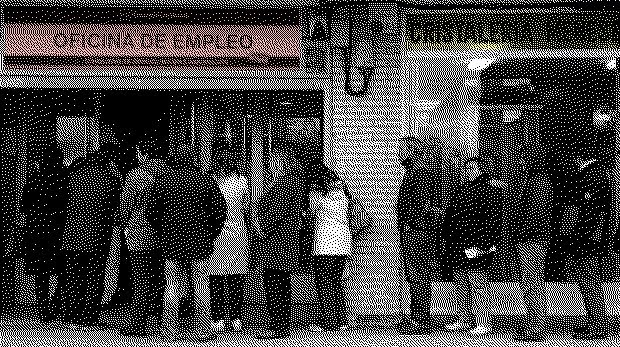 Consider, if you will, the Blue State Utopia of California.

The Legislative Analyst’s Office is now projecting a structural general fund budget gap of up to $28 billion over the next 18 months. 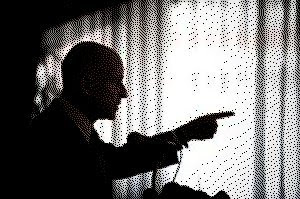 The outgoing governor, Arnold Schwarzenegger, proclaimed a fiscal emergency when lawmakers were sworn in Dec. 6, and opened a special session of the Legislature to deal with the $6 billion gap expected in the current fiscal year, which ends June 30... But nearly all of the solutions Schwarzenegger proposed would not take effect until after the new fiscal year starts July 1.

...Brown cited the LAO’s estimate that at least 75% of the solutions used to bring the last three state budgets into balance were either short-term in nature or failed to materialize, without addressing the long-term structural imbalance between spending and revenue.

“We’ve been living in a fantasy world,” Brown said Tuesday. “It’s much worse than I thought.”

...[Next year is] when things get a lot worse, with end of federal stimulus funding that brought California about $17 billion over three years, and the expiration of temporary state taxes that are bringing about $8.3 billion into the general fund in the current year... The widespread speculation is that Brown is angling toward the early adoption of an extremely austere budget, while going to the voters in mid-2011 and ­giving them the option to extend the temporary taxes in order to save some programs that would otherwise be axed.

...as the year comes to a close, there is reason to be gravely concerned... Illinois is a state on the brink and Chicago is a city on the brink... Our financial calamity threatens the stability of citizens from Rockford to Cairo.

...The state’s budget deficit is anywhere from $13 billion to $15 billion. We are 50th out of 50 states in unfunded pensions. The National Conference of State Legislatures calls Illinois’ fiscal crisis the worst in the nation.

...Mayor Daley’s final budget was $650 million out of whack. He “balanced” it, as Sun-Times’ Fran Spielman reported, with a mix of TIF funds, parking meter and Chicago Skyway reserves, budget and job cuts, and debt refinancing and restructuring... Like a ghost of Christmas past, this unfortunate use of reserve funds will haunt the next mayor.

Taxes will be raised. Or services will be drastically cut. Or both... Awful decisions are ahead at City Hall and at the Capitol... How is it that a state that can so boldly and progressively pass controversial civil union legislation cannot summon the will or the way to face up to its economic plight?

On Thursday, William Jacobson's excellent comparison of our financial position with that of the defunct Soviet Union contained a prediction.

...Hanson's description of modern California would be a fitting updated version of my observations of the Soviet Union in the early 1980s. The analogy is not exact, of course, because the political and economic systems, and the root causes, are so different.

But the result is the same. An increasing inability of the economic system to support the agenda of the first world cities and political elites... ...It can't last another decade. You are my witnesses. 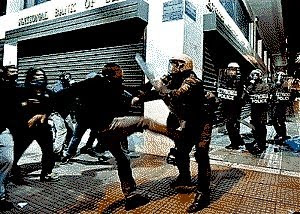 What do you think California's public sector unions will do when Jerry Brown, their supposed savior, slashes jobs, salaries and benefits -- as he must?

How about the plutocrats in Springfield, Illinois, who have allowed their state to operate with a Zimbabwean balance sheet?

I hope I'm wrong, but I don't think we'll have to wait even three years to see the kind of unrest charring the streets of Europe.

Our Republic is a fragile vessel; and the Democrat Party's malevolent support for insane social engineering programs, illegal immigration, and general lawlessness have put it on the edge of the abyss.