Isn't this the entire Obama agenda in a nutshell?

...the FCC is looking into warping beyond all recognition its definition of "public hearing" -- with the Reverend Al Sharpton lending a hand.

Public hearings would instead be used to drag unfavorables like Rush Limbaugh before the Commission to "explain how they justify" their availing themselves of their First Amendment rights. And to threaten their stations' broadcast licenses should they fail the FCC's definition of "justification." ...[Sharpton] appeared on Tom Joyner's radio show on December 15 and said the following: 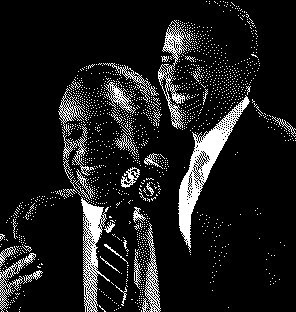 [Yesterday] we met -- the heads of the National Action Network and I -- with some of the FCC Commissioners. And we're asking for public hearings on what should be standards in regard to race and gender on publicly regulated TV and radio.

...But if there are standards on decency that the government gives and enforces for regulated licenses for television and radio, then included in that ought to be those that make references explicitly or implicitly based on race, gender and sexual orientation.

This Sharpton dictatorial inanity is fairly self-explanatory. The fact that he is being indulged by the FCC is more than a might disturbing. The fact that Sharpton first publicly called in November for the FCC to make this censorious move -- and it garnered the FCC's interest, not ridicule and summary dismissal, is more disturbing still... This particular portion of the FCC trend towards the totalitarian may be explained thusly -- they have in their employ as their inaugural Chief Diversity Officer Mark Lloyd.

Who in 2007 co-wrote a Center for American Progress-Free Press "report" -- entitled The Structural Imbalance of Political Talk Radio -- that calls on the government to "equalize" Conservative talk radio... [and] wrote a follow-up essay that directed "community organizations" (run one would think by community organizers) to threaten the FCC broadcast licenses of stations with whom they do not agree politically.

I wonder when the FCC will allow me to hold a public hearing in which I can call Sharpton before a "free speech commission" to testify about the following incidents? 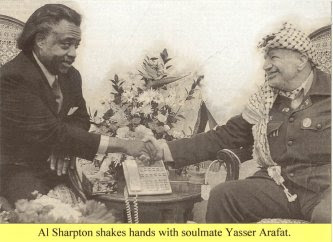 1991: A Hasidic Jewish driver in Brooklyn's Crown Heights section accidentally kills Gavin Cato, a 7-year-old black child, and antisemitic riots erupt. Sharpton races to pour gasoline on the fire. At Gavin's funeral he rails against the "diamond merchants" -- code for Jews -- with "the blood of innocent babies" on their hands. He mobilizes hundreds of demonstrators to march through the Jewish neighborhood, chanting, "No justice, no peace."

...A rabbinical student, Yankel Rosenbaum, is surrounded by a mob shouting "Kill the Jews!" and stabbed to death.

1995: When the United House of Prayer, a large black landlord in Harlem, raises the rent on Freddy's Fashion Mart, Freddy's white Jewish owner is forced to raise the rent on his subtenant, a black-owned music store. A landlord-tenant dispute ensues; Sharpton uses it to incite racial hatred... 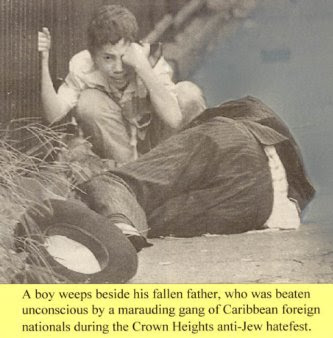 "We will not stand by," he warns malignantly, "and allow them to move this brother so that some white interloper can expand his business." Sharpton's National Action Network sets up picket lines; customers going into Freddy's are spat on and cursed as "traitors" and "Uncle Toms." Some protesters shout, "Burn down the Jew store!" and simulate striking a match. "We're going to see that this cracker suffers," says Sharpton's colleague Morris Powell. On Dec. 8, one of the protesters bursts into Freddy's, shoots four employees point-blank, then sets the store on fire. Seven employees die in the inferno.

If Sharpton were a white skinhead, he would be a political leper, spurned everywhere but the fringe. But far from being spurned, he is shown much deference. Democrats embrace him. Politicians court him. And journalists report on his comings and goings while politely sidestepping his career as a hatemongering racial hustler.

So a man who helped fan the racial tensions which killed eight innocent people in New York is now going to blueprint the FCC's standards for free speech?

I never thought I would live to see the day when the Bill of Rights would be used as toilet paper by government officials, but it would appear that day has arrived.

It's time to put the hammer down on the unelected fourth branch of government. And I can't wait for the GOP to take control of the House to begin the investigations.

I'll never understand why the New York Post - which is a predominantly conservative paper - doesn't go after him more regularly. In Jewish New York (approx. two million people), he is a leper.

But then again, when has the black community ever picked capable leaders?