So Simple a Caveman Can Do It: Deconstructing the Idiocy of Comparing Health Insurance to Car Insurance 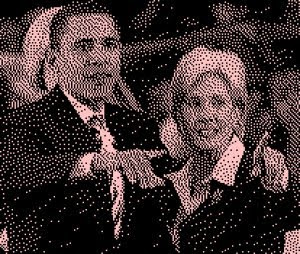 How can you wait until you get sick and then go and say I want to buy some insurance? That isn't fair and I think most people understand it isn't fair. All we've said is everybody has to get some basic insurance so that we're not paying for you when you get sick. And that helps keep everybody's cost down and it makes sure that that insurance company can't discriminate against you if you've got pre-existing conditions. It's the right thing to do, and I'm confident that the courts will uphold it.

Using Ed Morrissey's guide as a reference (and augmenting it), let's deconstruct this epic fail.

1. Drivers carry required insurance to cover damage done to others, not themselves. 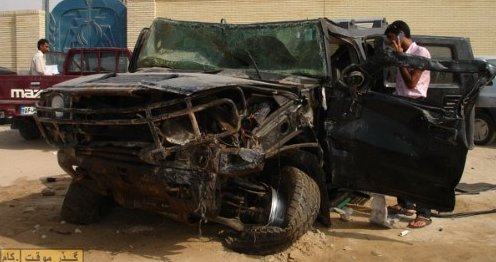 2. States impose the insurance requirement, not the federal government, because states license drivers and vehicles. 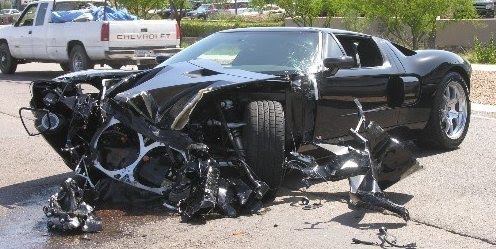 3. Driving is a voluntary activity conducted on public property (roads); there is no requirement for licensing or insurance for those who drive only on their private property. People who don’t drive on public roads aren’t required to buy a license or the insurance.

4. Those who do have auto insurance only file claims when significant damage occurs.

6. Auto insurance is priced to risk. If a driver lives in a high-crime area, then the premiums will rise to cover the risks associated with theft. If they drive badly (get moving violations and accidents), premiums will go up, or in some cases, the insurer will drop the driver. 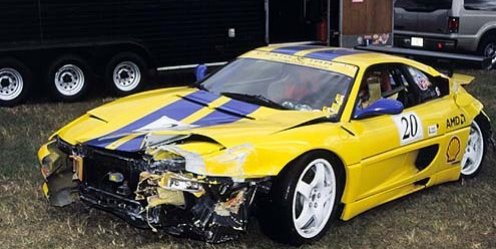 7. Policies are priced for risk according to age as well; the youngest and oldest drivers pay more due to their propensity for causing losses. Those who drive well and present a lower risk get rewarded with lower premiums. Right now, the federal government is preventing insurers in some instances from risk-pricing health insurance to impose government-approved fairness. That means we all pay more, removing the incentive to lower risk.

8. Lastly, consider Obama's claim that "when it comes to car insurance, we wouldn't say that you can wait until you get into a car wreck and then you can go to the insurance company, say hey, I want to buy some insurance for my car." -- But that's precisely what he's saying with the Democrats' "pre-existing condition" nonsense. You can walk in to any health insurer, with any condition, and expect coverage.

In short, the level of dishonesty interwoven into the Democrats' claims is stunning. Remember: you wouldn't lose your existing coverage (lie). Your premiums would go down $2,500 a year (lie). There wouldn't be any death panels who would decide permissible treatments (lie). Obamacare would reduce the deficit (lie). And no one could be denied coverage (lie).

When the history of this Republic is written -- if it survives this disastrous crew -- the Democrat Party's health care bill will go down as one of the greatest crimes against the Constitution and the American people of all time.

Good, simple breakdown to the 6th grade level so most Americans can understand it-however the last vehicle in the quoted text appears to be a 355 challenge, which was never DOT approved and therefore couldn't carry insurance of the type that big baby refers. Trackday insurance, perhaps, but just like the highway, one is not obligated to drive on track, so perhaps it would still be relevant in refuting this drivel.

Car insurance (provided by the free market, across state lines) is a much better model than the government regulated health care mess: it should be used as an example of what we need to improve.

- in 30 years I have had one car insurance provider, though I have had eight employers. I should not have my health coverage bound to my job due to corporate tax breaks for health care

- if I get lots of DWI or speeding tickets I pay more for car insurance. If I smoke, abuse drugs, or emulate a Jabba the Hut lifestyle my health insurance is subsidized by customers who take care of themselves

- there are some public safety reasons for universal care: tuberculosis, STDs, typhoid, etc. Those should be the focus of any national health care (like vehicle collision insurance- what risk do you pose to the population at large?) Beyond that, te free market will be able to innovate and provide better value for people than the current mess.

Terrific use of auto wrecks to prove a point. I think that this is what the judge was also thinking when he made his ruling and dashed the claims of the government that auto ins was a comparable expense.