The far left environmentalists who assumed power in 2008 have decided that Congress simply cannot be trusted to enact CO2-limiting legislation. They have determined it is in their best interest to ignore representative government in order to create a vast, Soviet-style central planning commission that will set industrial policy for the entire nation.

The Environmental Protection Agency announced Thursday that it will regulate greenhouse gas emissions from power plants and oil refineries next year in an attempt to curb global warming...

...The move, coming on the same day the Interior Department unveiled a plan to protect a broader swath of the nation's wilderness, demonstrated that the Obama administration is prepared to push its environmental agenda through regulation where it has failed on Capitol Hill, potentially setting up a battle next year with congressional Republicans.

The EPA's new restrictions could shutter 20 percent of the nation's coal-fired power plants. Is it an overstatement on my part to claim that those who set the Obama administration's environmental policy are members of the flat-Earth, no-growth, Marxist eco-Left?

No, it is not. Consider that environmental "czar" Carol Browner is a self-admitted socialist who, until assuming her role in the administration, served on a commission for the radical group Socialist International.

Forget, for a moment, that the United States is the only country on Earth that restricts access to its own energy.

Forget, too, that carbon dioxide -- which is required for photosynthesis to occur -- can no more be a pollutant than oxygen or water vapor.

Put aside the fact that the Constitution purposefully and carefully enumerated the powers of the federal government to restrict unaccountable and unelected bureaucracies from usurping power from the people and its representatives.

Instead, simply put this action in the context of the Democrats' other power grabs: 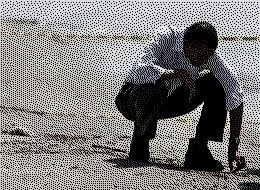 The modern Democrat Party, led by Barack Obama, is acting like a claque of tin-pot dictators in a Banana Republic. Congress won't vote the way they want -- so they bypass Congress. The Senate rules restrict their ability to slam through thousands of pages of legislation that no one reads or understands -- so they change the rules of the Senate. And the people completely repudiate their agenda with a massive landslide election -- so they use the unelected fourth branch of government to seize power.

Mark Levin is right; we are living in a soft tyranny. And it is time to tell the GOP to say no. No compromises. No more negotiating with statism. It's time to crush the Democrat agenda using every procedural and Congressional power available.

"And it is time to tell the GOP to say no. No compromises. No more negotiating with statism. It's time to crush the Democrat agenda using every procedural and Congressional power available."

It's too late for that. These socialist bodies have by now concentrated enough power and money within themselves they have the power and money to generate more of both even if congress were to cut off their financing completely.
IOW congress has been effectively made powerless, is just a group of kids playing at politics while the real power lies with the unelected bureaucrats who can and do perpetuate themselves by appointing each other, those of them who need congressional approval themselves being no more than figureheads with no real power whatsoever.

it's too late. we have too many elected rino's to stop them. the american people will suffer but it's their fault for voting for rino' and democraps.