Manhattan Institute economist Josh Barro appeared Wednesday on the Fox Business Network to assess the risk of municipal bankruptcies over the next few years. In general, Barro doesn't see states as default risks for several reasons. Most of their obligations are long-term (e.g., 30-year bonds) and their balance sheets, in his view, are not beyond repair.

I don't expect state defaults because the primary fiscal problem in states is not insolvency but a cash flow mismatch--they are spending more money than they take in. Default can fix your solvency problem, but it can't fix your cash flow problem; only spending cuts or tax increases can.

However ... we are likely to see a number of significant defaults and bankruptcies of local governments. We've already seen Vallejo, California go into bankruptcy, and Harrisburg, Pennsylvania would be in bankruptcy but the state of Pennsylvania is (for now) propping it up. Pittsburgh is also in worrisome financial condition. Bell, California may also end up in bankruptcy soon. There will be more of these situations in years to come. 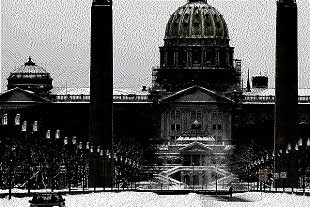 I particularly worry about the City of Los Angeles and the Los Angeles Unified School District, which have unsustainable cost structures, have large bond and pension loads, and face unusually great barriers to either raising more revenue or cutting spending.

The most fiscally troubled states are the usual suspects--California, Illinois, Nevada, Arizona, New Jersey. Michigan and New York are also in pretty tough shape. However, the consequences of "trouble" are likely to be tax increases, cutbacks of employee pensions, and substantial cuts in programs (even in traditionally protected areas, like education and policing). I don't think it makes sense for any of these states to default on their bonds.

I believe states will place a high priority on meeting obligations to bondholders, because failing to do so will result in a loss of access to short-term debt markets, which states use to manage their cash flow. Long-term bonds are simply not that large of a state's cost burden (pensions are a much bigger issue) so defaulting on your bonds causes you a lot of headaches and doesn't save you that much money. 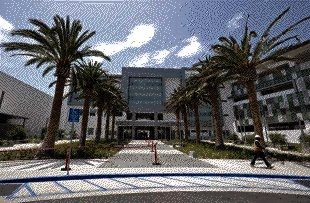 • "Already ballooning to $572 million, Los Angeles Unified's most expensive school – and possibly the nation's – looks like it will need a final $6 million infusion before fully opening this fall... [it] needs the money to satisfy environmental regulations."

• "A grand jury has indicted a top [LAUSD] manager for allegedly funneling business from the district’s massive school-building effort to a company he co-owned, highlighting flaws in the way one of the nation’s largest public-works projects has been overseen."

• "An investigation prompted by whistle-blowers within [LAUSD]'s school construction program found a series of irregularities in awarding $65 million in contracts, including authorizing work that exceeded pre-approved amounts by nearly 50 percent."

• "An environmental consulting firm that worked for Los Angeles Unified for more than a decade engaged in "egregious" conflicts of interest and overcharged the school district's construction program by $2.5 million, an audit released this month said."

• "The LAUSD high school graduation rate was 40.6%–the second worst rate in the country."

Is it just me, or do Democrats destroy everything they touch?

It's not just you. Quoth the Jedi Master:

"Well, the trouble with our liberal friends is not that they're ignorant; it's just that they know so much that isn't so."

We need someone with the Reagan wit, charm and fortitude - and we need this person fast.