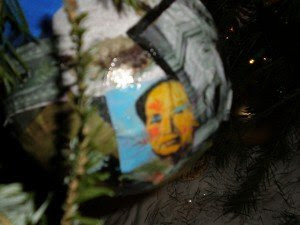 Biff Spackle disguised himself as a Wiccan to gain entry, Salahi-style, to the White House. He observed that the ornaments paid homage not only to Mao -- whom the New York Times reported had exterminated 30 million souls -- but also transvestites and other role models. A modified Mount Rushmore also appears among the ornaments, which adds the current president's visage. 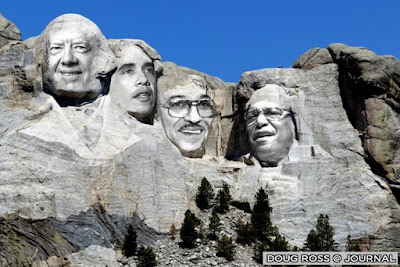 I'm disappointed that the ornaments' artists did not adopt my proposed model for a revamped Rushmore.

Chalk up another set of historic firsts for this administration.

I can't wait to see what comes next.