An Open Letter to Michael Mann, Disgraced Victim of Climategate 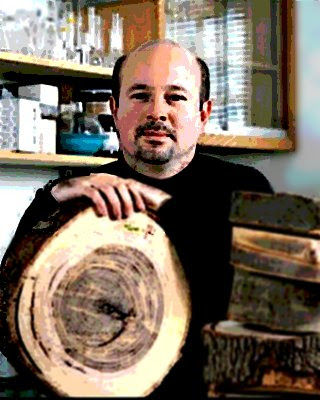 It takes a lot of gall to try to defend AGW [anthropogenic global warming] after it's been exposed as a complete and total fraud thanks to Climategate. The "Hide the Decline" email is but an ice chip in a glacier of examples -- so focusing on that exclusively is rather inconsequential.

There are other issues like the hockey stick chart (yours, I believe) that have been completely and utterly debunked; the Hadley Center's cherry-picking of data from Russia's meteorological stations; the stonewalling of freedom-of-information requests; the omission of accurate Medieval Warming Period (MWP) temperatures that were significantly warmer than the current period; the suppression and intimidation of opposing viewpoints; ... but I grow tired, should I continue? The whole thing is beyond shameful. If you possessed but a modicum of honesty, you would simply admit your crimes.

Oh -- are you familiar with Archimedes? When ice melts, water levels actually fall. It has to do with displacement and the density of ice versus water. Claiming that sea levels will rise because glaciers melt is either ignorant or fraudulent. Can you pass that along to your buddy-slash-current Science Czar John "Mass Sterilization" Holdren? He's actually been wrong about, well, pretty much everything over the years. Maybe you could help him out.

Mr. Mann, the best thing you could do would be to come clean and seek forgiveness. Such an act would be both humbling and liberating. You should try it. It's an option that's always available. And it's never too late to free yourself.

Would you agree that humility and contrition are noble endeavors?

Walk towards the light, Michael.

Michael Mann is an AUTHOR of Climategate . . .

Probably, THE author of Climategate.