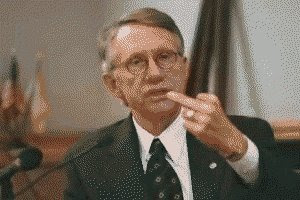 This week the Senate has done something I thought I'd never see. They are debating a bill they will never vote on and funding for same they'll never have to implement or answer for. The senators are fighting over details that will soon become moot points in the proposed health care legislation because Senate Majority Leader Harry Reid is molding his own plan. Mr. Reid is holding closed-door meetings with select Senators and is in constant contact with the OMB on how to bring this bill in under a trillion dollars or so.

This method of crafting legislation, running negotiations in secret and excluding most majority party members as well as the opposition, runs contrary to the spirit of the first three words of the Preamble to the Constitution: "We the People." 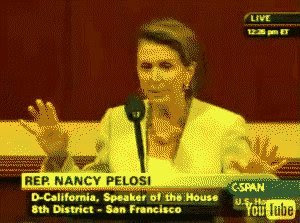 This bill is being drafted in secret by 'Harry Reid, the person' and no one else. The Constitution is further defied by the ppirit of the bill. Legislation forcing a person to purchase health insurance is, on its face, unconstitutional and when this bill passes, as I'm convinced it will, there will be challenges by those who face prison sentences for defying the new law.

This bill and many others are crafted for reasons that few people understand and will take this country in a direction that bankrupts and effectively socializes it. Health care Reform is not about rearranging the way we obtain medical care, rather, it marks the government's shift from being limited by the Constitution to instead limiting the Constitution's protection of the citizens of the United States of America.

Waiting in the wings is "Cap-and-Trade" legislation that limits our prosperity by imposing tariffs on economic activity. Add the "Employee Free Choice Act" that eradicates the secret ballot in union votes, which will increase pressure on employers to unionize and intimidate employees who might resist. A mandate to purchase a product at a government-set price gets you closer by several degrees to a totalitarian state.

I never thought I'd live to see the day that our elected officials would have the naked ambition to try to 'Marxize' our economy and actually brag about it. And it is equally disheartening to watch the overwhelming bulk of the mass media trumpet this agenda as something to be proud of or that, somehow, patriotism is exemplified by supporting a muzzling of the common man's will in all of this. Extending failed welfare policy to other industries will only ensure the failure of the other industries. And muzzling the populace will only lead to an eventual revolution. 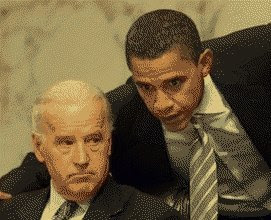 Does anyone think that prosperity will return to this country by curtailing mortgage foreclosures? Will homes appreciate when the government subsidizes anyone who wants a home and forgives missed payments? Will GM and Chrysler survive the helping hand and substandard products selection the Government is forcing them to offer? Will the American public buy knockoffs of French mini-cars that were unsuccessfully marketed in the U.S. twenty years ago? And will small businesses hire new employees and offer health insurance (at the cost of thousands) when they can pay a fine of a few hundred and force the employee onto the government's plan?

I see a different future coming if we stay on this track. A future where nearly every single person's prosperity is limited not by the profitability of one's labor but by the inefficiency and lack of foresight of the committee that oversees said economy.

We have tried that once before: it was called the Soviet Union under communism, and it failed miserably. Not only was it impossible for a person to succeed by their own vim and vigor, but the very spirit of its citizens lay broken with alcoholism and suicide rampant. They are also immense problems in that paradigm of socialist ideology called Sweden. China only survives as a communist entity politically because it is rabidly capitalist in its economic agenda: at least the Red Chinese learned what works in the marketplace. This is more than our current set of leaders can say.

I fear for our Republic. I fear that the framework for a command-and-control economy will already be set by the midterm elections -- and the Congress will build on it every time they get even the tiniest bit of power from here on out. It is a given that the liberals in the Congress and even the President are at peace with being voted out if it will further their agenda of a socialist nation. What is really enraging is that the Republicans are, for the most part, complacent as passive onlookers in this process. 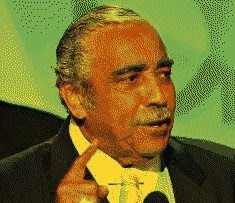 What on earth are we sending them to Washington for, the Cherry Blossom Parade? And what does the Republican leadership do when confronted by a rabidly confrontational Democrat Party with a decidedly Marxist agenda? Offer watered-down versions and claim to be representing our interests. That, my friends, is not leadership. That is capitulation; capitulation to the media, to the Democrats and of their own ideals.

And capitulation is what led us to this sorry state of affairs. What we need is a firebrand of a leader who is not afraid to confront the enemy on their own turf. I say the enemy because those who endeavor to consign our way of life and capitalism to the scrap heap of history I consider enemies of the republic and guilty of treason.

Every Democrat and every Republican who votes in the affirmative for that sham of a "health care reform" bill will, in my opinion, be guilty of treason for contravening the Constitution. The times require a leader who shakes up the establishment and we need to collectively throw out anyone -- anyone -- who thinks big government can solve the world's problems. I'm thinking of a firebrand like Sarah Palin and a whole raft of young, fiscally conservative Republicans! 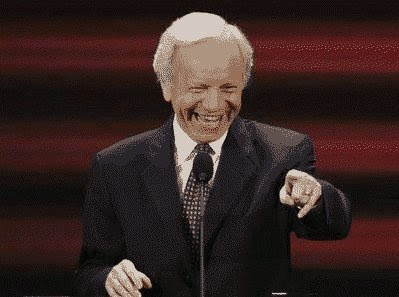 Sarah Palin is exactly what the system needs to shock us back into reality. That is, if we don't get a depression that wipes out half of the wealth of this country. And if we don't grab this country back from the Marxists soon, that is exactly what we will have. The failed sixties-retreads who burned flags and tore up draft cards are now in office and the those who choose to serve our country are tolerating the hippies' nonsense because the press is overwhelmingly fixated on this new form of communism.

And relying on elections may not be the salve for our problems because the Democrats have been manufacturing voters, both illegal and dead ones, for decades. Acorn is nothing new: the Democrat Party has been cheating at the ballot box for so long that they are surprised when they don't win. Remember Chicago during the 1960 Kennedy election? We need to throw out all who support the communist propagandists and those who tolerate them. When a Republican goes along with a spending program for his share of pork he becomes a hypocrite and undeserving of reelection.

Our vaunted Government is drunk on its own power and passing out money to everybody who will throw support their way. All at the expense of our children. If you are over fifty you will not be the ones who are saddled with the responsibility of paying this debt. At some point the interest alone will be too much of a burden and an economic collapse will follow. And China can keep their cheap products and will suffer along with us. Our children will never forgive us for being 'The Selfish Generation; Children of the Greatest Generation.'

Our future lies in the decisions a few elected officials make on our behalf. Because I believe this to be true we simply must have a 'Midterm Housecleaning.' If we don't succeed, we will end up with a command-and-control economy before we know it. We will suffer the consequences of being a lazy and uninformed electorate. The pillars are in place now for a tyrannical state and we have fiddled with sex scandals and tolerated immoral characters while the Constitution burned -- all under the guise of political correctness. Now we have a society where having values is seen as judgmental and morals as 'hate thought'.

We have almost completely squandered the immense power and goodwill the patriots who served in the First and Second World Wars earned for us with their lives.

Even now their spirits cry out from the hallowed ground in which they rest: they cry for a return to the values that built this great country. We have no choice but to "clean house" in 2010 and send this president into his early retirement in 2012. I'm 'down' for struggle, except now it's time for the hardworking people of this country to say refuse: "No! No, we will not tolerate another trillion-dollar give-away to corporate welfare program and Acorn. No, we will not allow the Constitution to be ignored for the benefit of those who do not work, who do not earn 'enough' or who simply collect unemployment while feeling sorry for themselves. And, no, we will not put up with our elected officials ignoring our will and insulting us when we remind them that they work for us."

That I even have to write this shows how very close we are to losing all of the liberties that prior generations of heroes fought and died for. And we can include the noble Americans who work twelve-hour days for many years to pay their taxes, send their children to college and bury their dead. They too deserve an America that appreciates every drop of sweat, tears and blood spilt for Freedom. And Freedom will bring us home. So fight for it before it is a dim memory.

Victor: I don't think you're exaggerating ONE bit. We're in a HUGE amount of trouble. How to invest and how to keep good enough job to pay our kids' college, is the HUGE dilemma. God Help Us. I think he will, when we start being so stupid (our voters).

It's so disturbing to read something so clear, as Victor's written, not just clear, but almost the echo of what many of us have feared since August'08 when we realized Obama would likely become President with Congress controlled by Pelosi & Reid.......an incredibly frightening thought. Being one reasonable Senator short (40 not 41) has been the total game-changer that was almost unimaginable back in August08. This is unreal (federal control of the health-care system), and will take months to fully understand its future devastation.
I can't even type correctly; sorry for idiotic typos in my previous post. God will only help us, when we STOP being so stupid (our voters). Until then, we're on our own, watching our federal govt take more and more control over our lives and wallets.

Will get off your asses and grab some rope.
They aren't going to stop. You have to stop them.