Received the following message from Garry this afternoon (all spelling and grammatical errors are reproduced for your enjoyment):

as an Englishman who admires much of things America ..including my wife and children.. I find drivel such as yours depressing... its utter nonsense, and its curious that foreigners see the US far moree clearly today than Americans... remember the Daily Express headline re Bush " how could 60 [million] Americans be so stupid".. I thought at the time it was a rather ott comment though I sympathised ..but how right it was..

I speak as one who has lived in countries through bad times.. South Africa/ UK/Canada..and which have come out the other side courtesy of hardreflection and the need for change..

the Right here does America a huge disservice.. and I say that knowing 98% of them probably havent left the country.

After thirty seconds of reflection, I politely replied with the following message.

I am a conservative, which is to say I believe in the founding principles of the United States of America. That is: limited government, a respect for individual liberty, free enterprise and private property.

Those who oppose me reject America's founding principles: the very tenets that led to the creation of the greatest country the world has ever seen.

In little more than two hundred years, Americans defeated slavery, Nazism, military Shintoism and Communism; refined mass production; invented human flight; created 75% of all medical innovations on the planet; put a man on the moon; invented the telephone, the Internet and the search engine; and advanced humankind in millions of other ways, in every field and endeavor.

Those who oppose me oppose my Constitution and my Declaration of Independence.

Those who oppose me refute the notion of God-given rights of man and carefully constructed limits on an all-powerful, centralized, authoritarian government. 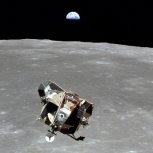 Those who oppose me see the world as rigid classes of people that must be manipulated to advance a political agenda; whereas conservatives revel in the notion that America has no static class structure; that every day the rich become poor and the poor rich.

Those who oppose me oppose free markets and the power of any individual -- no matter the race, creed, religion or color -- to achieve greatness through hard work, study, inspiration and innovation.

Now go wait in line for a dentist, you whining twit. And never sully my blog with your presence again.

at 9:09 PM
Email ThisBlogThis!Share to TwitterShare to FacebookShare to Pinterest
Labels: Protecting America

As the jolly old England continues to become Islamacized, I can not help but reminded of my fellow Jews who simply walked to the gas chambers without a fight.

I love your closing line, but I think you were being far too nice.

At least you could have pointed out the magical F7 spell-check button before you booted him in the ass.

way to tell the limey off!

I think you were being far too nice.

I HAVE BEEN POSTING THIS OUT A PARA AT A TIME FOR LAST FEW HOURS.

YOU ARE A GREAT AMERICAN!