Inspirational Letter of the Day (with Subliminal Book Mention)

This letter-to-the-editor was published today in the Island Packet of Hilton Head, South Carolina.

It appears the only difference between ACORN and the Democratic Congress is the price of their corruption. 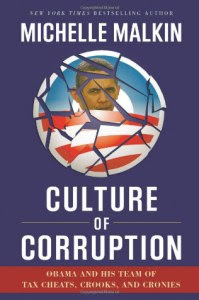 ACORN can buy a vote from a wino in the street for $10, whereas it takes hundreds of millions to buy a senator's vote. It didn't take long for President Barack Obama and his supporters to totally infect Washington with their Chicago culture of corruption. How is this "hope" and "change" working out for you?

Sometimes you just need to make a mistake in order to appreciate the consequences of your actions. Now that the obvious disaster of putting liberals in charge of the country is so apparent, we can use this experience to make sure it never happens again.

The year 2010 will begin America's road to recovery as we begin replacing those politicians whose only concern is themselves. It won't be complete until 2012 when we can rectify the biggest mistake of them all, but it will come.

It is a shame that the voters in this congressional district won't get in on the fun of kicking out these liberals. At least we will get the joy of returning Rep. Joe Wilson. He should probably be the next Speaker of the House since his speech, even though it was just two words, was probably the most honest and insightful words spoken in Congress all year.

Keep the faith, America. To err is human, to repair divine.

It would appear Ms. Malkin's book has become an intrinsic part of the language. And Bill could be a speechwriter, methinks.

Update: Check out the comment from Rainman McTroll! It's awesome!

Corruption in the democratic party? You are a f***ing MORON! There is MORE corruption in the republican/racist party, widely known to all. Where the F*** do you get your facts? Oh, never mind, you believe that we were all created from a rib from a man. Evolution doesn't exist, it's all just radical talk! Look at the science d***head!

Corruption in the democratic party? You are a fucking MORON! There is MORE corruption in the republican/racist party, widely known to all. Where the FUCK do you get your facts? Oh, never mind, you believe that we were all created from a rib from a man. Evolution doesn't exist, it's all just radical talk! Look at the science dickhead!

I'm always astonished when the leftie bloggers and other assorted wing nuts accuse conservatives of being dim-witted, knuckle dragging illiterate rednecks. The type of awesome intellectual commentary that "Anonymous" brings to the table is almost exclusively the province of the left. Love the courage in the name also. Beavis would have been more creative.

seriously, when was the last time you saw a lefty give a well reasoned on-point argument? It never happens, all they offer are ad-hominems and slurs. Show that first comment to a group of democrats and 90% would nod their heads and say, "yeah good point". Its the party of such luminary thinkers as Maxine Waters, Alan Grayson, and sputtering Barney Frank.

While electing Republicans to replace the out of control lunatic Dems, we MUST remember that many Reps are NOT Conservative, and those who are Rinos won't make much of a difference.

I think it's dangerous to build up unrealistic expectations. Sure, things will improve somewhat, but the only way we'll restore the republic is for everyone to educate themselves and get involved. Even then, it will take a long time.

It can be done, but promises of a quick fix will only dissappoint and confuse, and are likely to result in more harm in the long run.