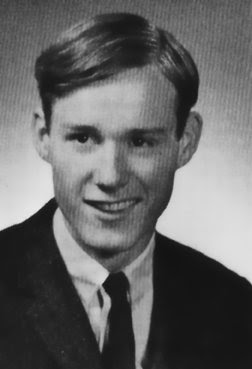 Chris Matthews has been a mainstay of the MSNBC line-up for years, but December is shaping up to be one his worst months compared to the rest of the cable news landscape.

Matthews had his worst week in 2009 last week in the A25-54 demographic for his 5pmET live airing, averaging 88,000 viewers, according to Nielsen data. The previous week, he had his 2nd worst week, averaging 99,000.

I don't pull those kinds of numbers, myself. I get that in a full day, which is an apples-to-orange comparison, because really my numbers are 10-20,000 people coming back multiple times.

But a larger blogger? 58,000 is a lot of hits in an hour, no doubt. But... I think there are bloggers that can put those numbers up from time to time.

MSNBC must be so... proud. Not only is it getting lower ratings than the major bloggers -- weather radar and sonograms are more popular now.

at 7:38 PM
Email ThisBlogThis!Share to TwitterShare to FacebookShare to Pinterest
Labels: Democrats, MSM

That 'tingling' sensation, is Chris wetting himself.

All together now...Tingle Bells, tingle bells...

the next step is for these blogs to simply stop talking about people like matthews altogther. hint, hint. yes it's true, he is a pathetic joke and works for an irrelavant source of news. let's take him off of life support and let him fade into complete obscurity.

I was going to advertise my Commie Obama hats during Chris' MSNBC show. But not now!

And so is nausea and a case of the piles. :)