Oops -- another open letter! In this case, a brilliant series of questions from W.

Do you accept the concept that a certain level of dictatorship and party leadership (Leninism) is a necessary step where the end goal is equitable distribution of the means of production?

If no; then please explain how that distribution of wealth is engineered. 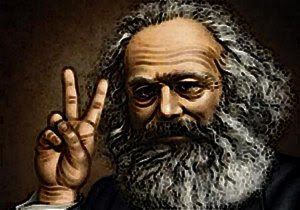 If yes; how do you imagine moving from dictatorship to the end game of distribution of the means of production (property, wealth). In a dictatorship a handful of (ruthless - how else would they obtain the position if not by ruthless means) individuals representing the state design and impose it's mandates, And knowing that the greater the power concentrated in individuals or governing bodies the greater the reluctance to let go of it. Once their power is entrenched why would they ever concede that power and willingly move to a more democratic distribution. Does history offer up an example of that ever happening?

Everything we know of human nature suggests that it is impossible to progress from dictatorship to true communist democracy.

So, is your end game merely a compromise? - accepting dictatorship and the enormous police state necessary to prevent the citizenry from trying to improve their individual circumstances. And then there's the problem of production incentives, including forced labor, because of the unsustainable economic (un-)dynamic created by communism when individuals cannot profit from their own labor.

Given the atrocities necessary to see through another communist experiment, as documented by Soviet, Chinese, and third world attempts (and failures), is it really worth another try?

I have another and more fundamental question to ask you. Are you only concerned with property distribution? Why is it a good thing to know that your neighbors have achieved the same level of material comfort as you -- no matter what that level is?

And do you really imagine that the foundation of man's happiness or unhappiness is tied primarily to the material world? If that were true, why do we observe a distribution of unhappiness without regard to economic or social class? If I am wrong in my assumption that the end goal is happiness then what exactly are you looking to achieve? 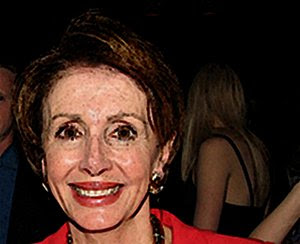 I have a theory about the inability to let go of this monstrous ideology. At least some self-identified Marxists (professors come to mind) must understand the structural deficiencies that come with implementing communism, and yet are unwilling to change course. Why is that? Are they just stubborn people? Or is it a result of a very basic psychological condition named envy. Is it this human flaw which drives their desire to punish those they see as the winners. Do you not see that because of human traits such as envy it is impossible to design and implement both a good and complex social system of the scope you intend?

I have a suggestion for those suffering from pangs of occasional reality. Give Progressivism a try. It is the 'make it up as you go' plan. It's much easier to defend, which is why many of your comrades have signed on. You don't have to predict a path or an end. So you can avoid that messy question about the ideal condition for man. You know, the one about happiness.

These questions, of course, presuppose an IQ equivalent to or above that of a goldfish. So it may be a stretch for the current crop of SEIU, ACORN and AFT drones.