It's Official: Every Christmas is 'Thank an ACLU Lawyer Day' -- Turns Out NWA 253 Attack Planners Were Released from Gitmo in 2007

Ace fired up the skull for this report while Gabriel Malor optimistically predicts, "If true, I'd say this is the nail in the coffin for Gitmo North."

Gabriel still thinks the glass is half full when, in fact, it's full of one half of a binary explosive composite. 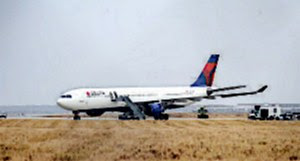 Two of the four leaders allegedly behind the al Qaeda plot to blow up a Northwest Airlines passenger jet over Detroit were released by the U.S. from the Guantanamo prison in November, 2007, according to American officials and Department of Defense documents. Al Qaeda claimed responsibility for the Northwest bombing in a Monday statement that vowed more attacks on Americans.

American officials agreed to send the two terrorists from Guantanamo to Saudi Arabia where they entered into an "art therapy rehabilitation program" and were set free, according to U.S. and Saudi officials.

Perhaps they used some Project Runway coursework to craft the exploding undershorts.


Update: The Jawa Report has been all over the "art therapy" recidivism meme for well nigh a year now. Perhaps someone could alert JaNo.

Update II: Anonymous commenter asks "Did Eric Holder's law firm have a hand in getting this [guy] off?" Hmmm...

Did Eric Holder's law firm have a hand in getting this MF off?