Iran on Monday: Ashura Over, But Protests and Clashes Continue; Obama Foursome Pulls Off Victory in Oahu Golf Scramble

Update: Refresh this page for running news bulletins, below.

• Today & tomorrow there will be protests against disrespect of mourning day of Ashoora
• The Regime's Arrest Strategy
• Reports from Iran say--Mousavi family warned by Gov. officials not to hold a funeral.
• No Regime has ever killed people on #Ashura in the history of #Iran, until yesterday
• Clashes in Haft Tir Sq. Dec. 28
• Breaking, shortage of jail space in iran
• Peiknet:Khamenei under immense pressure to retreat demanded by recent Intel&Nat'l security reports&letter.Reports also identify plain cloths as a special unit of IRGC Intel,which is undr direct Supervision of Vahid,special secretary of SL&Chiefof staff of Mojtaba's office Aftr the attack on Jamaran, SL received harsh & critical calls demanding his surrender,to which he answered:
"I'm ready to martyrdom." Which was countered by "Right now the place of martyrdom is in the streets"
• It is out of imagination, it was not a simple day, it was bloodshed day. IRG had massacred pple in the street RG ~~~IRG Damn to you
• Iranian Military Moves to Support the 'People's Revolution'
• National Iranian Armed Resistance Forces (NIRU) declares their existance in Iran - Statement
• Events moving vry fast Tehran 2day. Raffers up 2 something w/ rebel army ldrs but I know not wht.
• Iran crisis in sign language
• Reports: There Was a Secret Meeting of Top PMs & Security Council Memebers Today
• These filty basijis and pasdaran are like cancer, feeding of the body of Iran
• Clashes with special guards around Jomhuri and Valiasr st.
• 28Dec18:50 | Tear gas at 7 Tir Squar
• "Bloody Ashura" "The Great Massacre of Iran" done by Ali Khamenie (Supreme Leader)
• 28Dec19:00 | Mobile Network is Shut Down in Central City (UNCONF)
• At least 10 anti-government figures have been arrested in Iran, in a crackdown launched a day after at least eight people were killed in fierce clashes in Tehran and other cities... Those rounded up included two outspoken critics of President Mahmoud Ahmadinejad, three aides to opposition leader Mir Hossein Mousavi, and two aides to reformist ex-president Mohammad Khatami, opposition websites said... The raids are certain to further antagonise the opposition, which has staged frequent protests since President Ahmadinejad was returned to power in a disputed June vote.
• Iran Ayatollah: 'I Am Convinced that the Regime Will Collapse'

Caution: Graphic Images: Though the Ashura religious ceremony may be over, protests and clashes continue in Iran.

Police fired teargas on Monday to disperse supporters of reformist leader Mirhossein Mousavi who gathered to express their condolences over his nephew's death in an anti-government rally, an Iranian opposition website said. 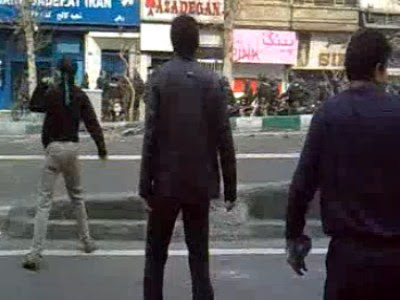 Iran's Supreme National Security Council said eight people were killed on Sunday in anti-government protests across Iran that erupted during the religious festival of Ashura. Iran's Health Ministry said over 60 people had been injured in Tehran. 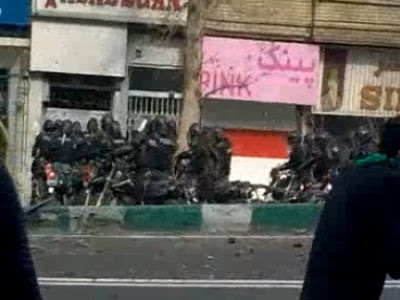 The deaths and scale of confrontations may signal a volatile new phase in which security forces loyal to Supreme Leader Ayatollah Ali Khamenei try to crush the reformist movement. 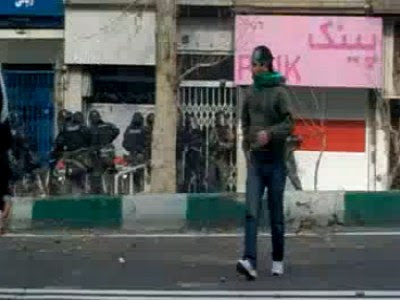 "These are the hardest clashes we've seen since June," said a Western diplomat in Tehran, referring to demonstrations after the disputed presidential election, adding that bitterness over the deaths may spark fresh protests and a harsh state reaction. 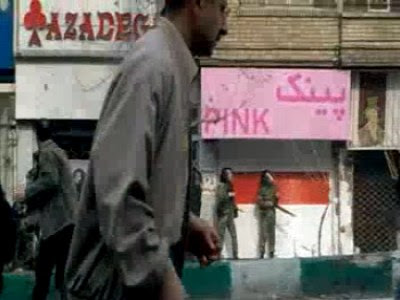 He said Iran's leadership was under great pressure but showed no sign of losing its grip. 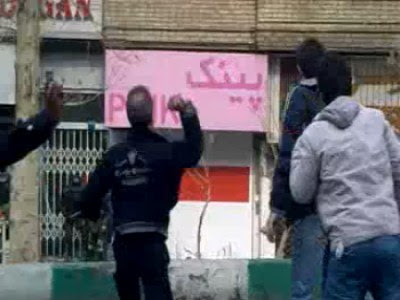 ...Jaras said opposition politician Ebrahim Yazdi, leader of the banned Freedom Movement and foreign minister in Iran's first government after the 1979 Islamic revolution that overthrew the U.S.-backed shah, was detained early on Monday at his home. 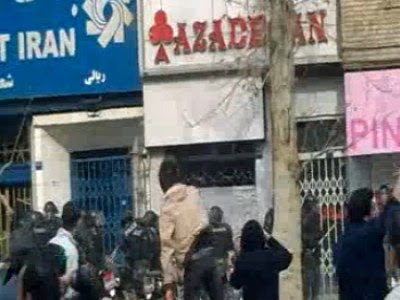 Jaras said police shot dead four protesters in central Tehran on Sunday and that unrest had also erupted in the cities of Qom, Shiraz, Isfahan, Najafabad, Mashhad and Babol.

The pictures interspersed in the story were captured from a video uploaded moments ago. It was shot yesterday and depicts protesters attacking Basiji militia using nothing more than stones. Shots ring out and at least one protester appears to have been killed (again, a warning over graphic images below). 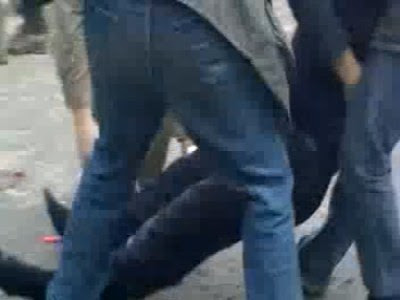 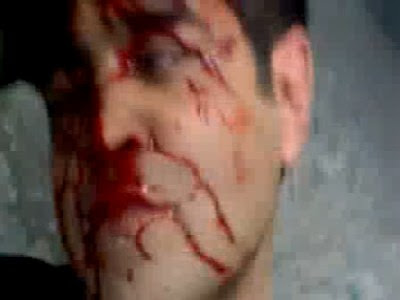 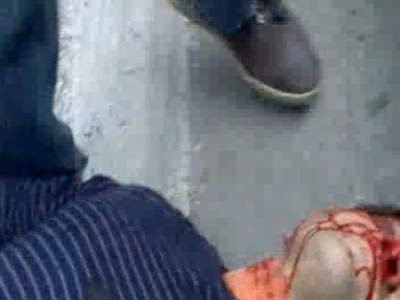 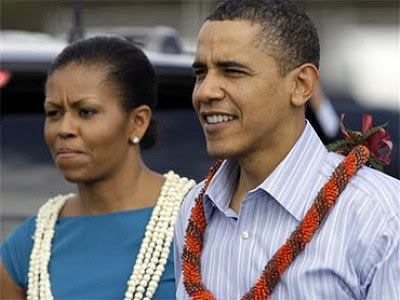 "Victory" in golf scramble? I thought that was a bad word. It should be more like: