Your favorite Tinpot Dictator continues to move Venezuela inexorably closer to complete despotism. Having nationalized a whole swath of industries, Hugo Chavez has threatened Toyota Motor Corporation with expulsion due to its failure to make models to serve Das Volk, including:

...an all-terrain model of 4x4 vehicles used for public transport in poor and rural areas... The fiery socialist, in a speech late on Wednesday, also said he would not hesitate to expel and expropriate plants from other Asian and U.S. automobile companies operating in Venezuela if they failed to share technology with locals. 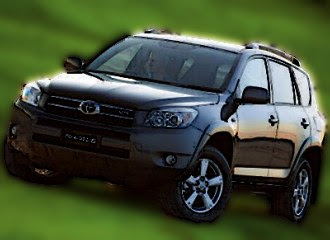 "What's this that Toyota doesn't want to make the 'rustic' model here?" Chavez said, during a ceremony in Caracas to hand owners the keys to economically produced cars that Venezuela's government has imported from Argentina...

...Chavez ordered his Trade Minister Eduardo Saman to carry out a "severe inspection" of Toyota, and warned other companies they must start sharing technology with Venezuelans.

"You tell the people at Toyota that they have to produce this model and we are going to impose a quota, and if they don't meet it, we will punish them," he told Saman, adding that the state would not hesitate to expropriate Toyota's facilities and pay appropriate compensation.

President Obama responded with an offer to mass-produce the 2011 Chevrolet Chavez, a 4x4 off-road camping bus-slash-SUV with driver's side gun-port, wine rack and eight-track tape deck, which has been described by reviewers as 'rustic'.


Update: Charlie Foxtrot: "Does it make me a bad person that when I read your tweet 'Toyota threatened with expulsion from Banana Republic' I immediately wondered what the UAW was making Obama do now?"

I have over 100 photos on my iPhone that the phone took itself, and I don't want to have to go through each and every one and email it to my computer. Is there an easier way to transfer them? I need to restore my phone because it's acting up, but I don't want to lose all the pictures on it.

Call Chavez and ask him to take over Apple if they don't fix your iPhone.