INTERPOL, a "global policing doctrine", and the President of the World

A curious Presidential Executive Order, signed recently by Barack Obama, has raised considerable confusion and perturbishment (is that a word?) by some observers on the right. The order related to INTERPOL and was originally reported by Steve Schippert of ThreatsWatch (emphases mine): 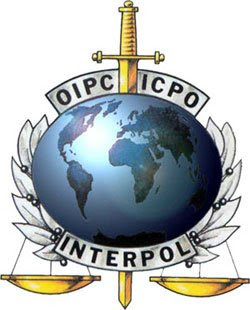 The initial reactions to this order raised several ominous portents:

• "A 'separate' Interpol agency has been created in the DOJ – let that sink in for a moment... This action could also be used to divulge American military secrets and a whole host of horrific practices having to do with going after our military. It’s the road to internationalism on steroids."

• Ed Morrissey: "...it appears to mean that Americans who get arrested on the basis of Interpol work cannot get the type of documentation one normally would get in the discovery process, which is a remarkable reversal from Obama’s declared efforts to gain “due process” for terrorists detained at Gitmo. Does the White House intend to treat Americans worse than the terrorists we’ve captured during wartime?"

A few minutes ago, WBK emailed me some pertinent articles from October that could explain the administration's haste to protect INTERPOL from sovereign oversight.

A 10/11/2009 article by The New York times' Doreen Carvajal may provide needed perspective: 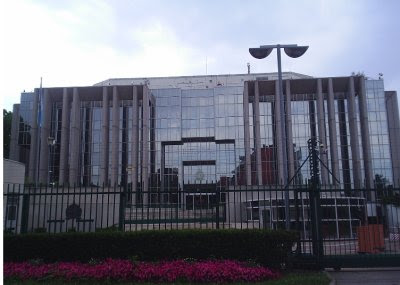 Interpol and the United Nations are poised to become partners in fighting crime by jointly grooming a global police force that would be deployed as peacekeepers among rogue nations riven by war and organized crime, officials from both organizations say.

On Monday, justice and foreign ministers from more than 60 countries, including the United States and China, are gathering in Singapore for a meeting hosted by the two international organizations.

It is the first step toward creating what Interpol calls a "global policing doctrine" that would enable Interpol and the United Nations to improve the skills of police peacekeepers, largely by sharing a secure communications network and a vast electronic trove of criminal information, including DNA records, fingerprints, photographs and fugitive notices...

Somehow, all of this seems a tad -- how do I say? -- unconstitutional?

There is no law in the United States above that of the Constitution. And yet, somehow, INTERPOL now transcends our law, at least according to President Axelrod Obama. Make a note of it, Danno.

Maybe INTERPOL can start off by investigating the corruption at the UN?
Nah...never happen.