Anti-government protesters are running wild in Iran. Some of the protesters were captured on video saving two men from hangings. 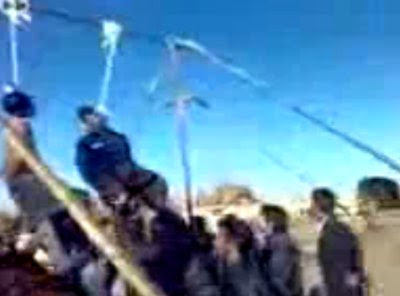 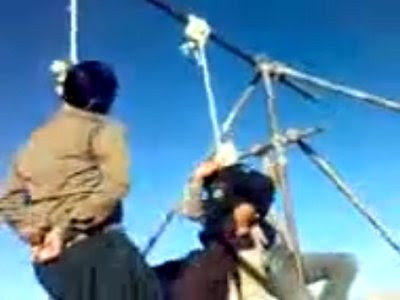 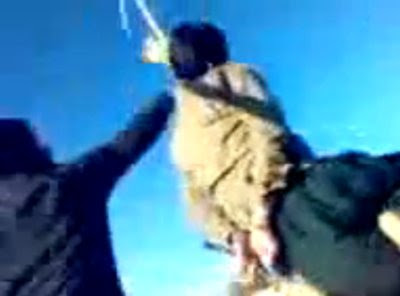 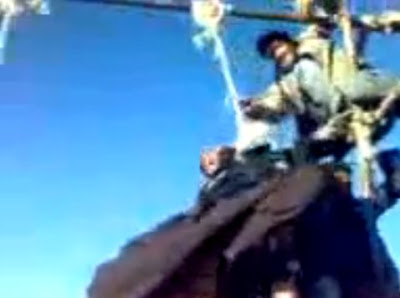 When he has a chance -- perhaps after his long, relaxing vacation -- President Obama can offer an opinion on these poor, unarmed citizens struggling to overthrow despots.

Update III: Gateway Pundit posts additional information regarding the attempted hangings and the protesters who risked all to save them.

at 8:22 PM
Email ThisBlogThis!Share to TwitterShare to FacebookShare to Pinterest
Labels: extremism, World

I think president obama has already offered his opinion on that. I imagine he's taking notes so when American citizens rebel against his government, he does a better job at putting down the rabble.

For god's sake, look at his reaction and comments on Honduras. They followed their pesky constitution to the letter and still the One chastised them.

His reaction to the Iranian protesters grows out of his belief that democratic movements are anathema. His reaction and comments on Honduras grew out of his disdain for constitutional processes.

I'm personally very proud of those that support in the spirit for and the prayers for the Iranian protesters...may they win victory in the end.

Obama has already helped the protestors tremendously by taking away the biggest weapon the government there uses against them -- the idea that the USA is the boogeyman out to get them. Now people are saying "if our government can't make peace now, it is the government that is the problem.

The situation is a lot more nuanced than just a good guys vs. bad guys hollywood movie plot.

The protesters have been begging Obama to speak out. Publicly calling for him.

The anti-American vitriol started under Carter, another beta male President whose foreign policy Obama's most imitates.

Predators prey on the weak. Run into a bunch of thugs in a bar, tilt your head like a beta when you look at them, try to talk reason, try to make friends, you get your a$$ handed to you. Now we have a president who thinks that's the way to deal with the ugly thugs who happen to run other countries. Sorry, the real world doesn't work that way.

Try following #iran on twitter to see how real men are dying for freedom in Iran while our coward President eats his fancy dinners on a beach in Hawaii.

The telepromper is sending Kerry over to reassure the mullahs, the opposition to the democrats is anything opposing govt., just look at their behavior in this country over the past year.

"Oh brother. The protesters have been begging Obama to speak out. Publicly calling for him."

Go back and drink another kool-aid. Your first batch was contaminated.