I have seen the future of exercise technology... 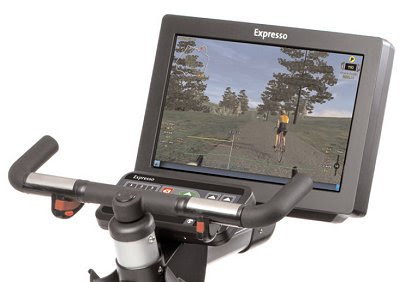 Suffice it to say that the riding experience is so engaging, so realistic and entertaining that I completed a course 24 minutes after starting, covered in sweat and not even realizing how the time had disappeared. 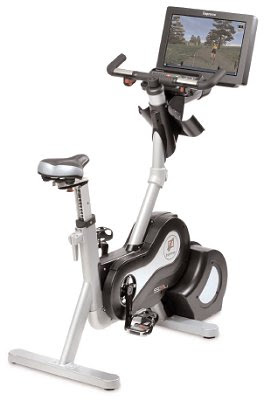 The scope, richness and diversity of the courses is staggering. 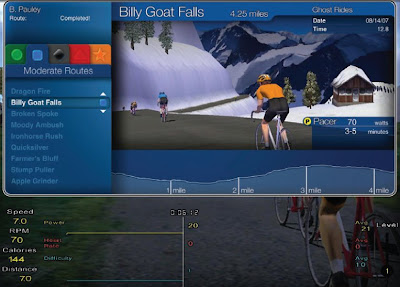 You can choose from a variety of categories -- including some "fantasy games", which I have yet to explore -- and a series of courses ranging from tame circuits to Tour de France climbing in the Alps. 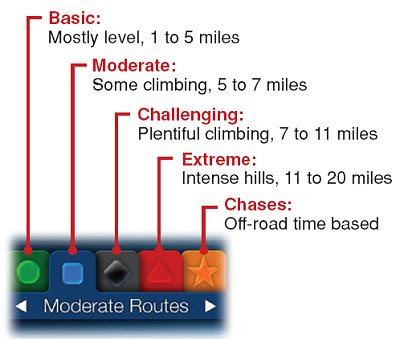 Some of the more interesting features: 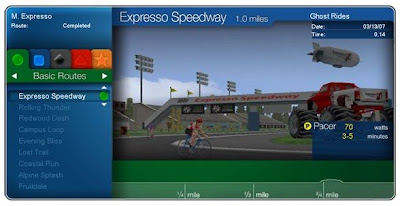 • Handlebars move for realistic steering and movement around the course.
• Friends can ride in a side-by-side competition.
• Set the speed of a Pacer to correspond to their fitness goals. 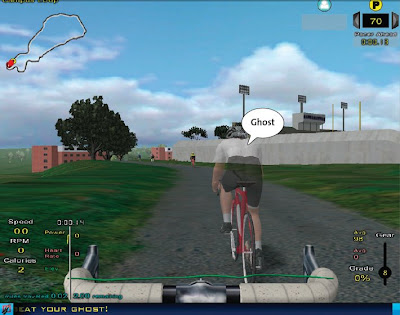 • Race against a “Ghost,” a replay of their best performance on a given route. 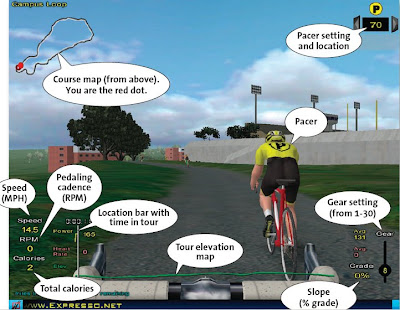 • Real-time fitness information, like distance, time, heart rate and calories burned, helps riders monitor their workout.
• Pedal resistance changes with the terrain. Members can shift resistance up or down to adjust their level of exertion.

As I understand it, you can also race against other real people in other locations -- much like a Call of Duty-style network game.

Put simply: I have seen the future of exercise and its name is Expresso.

at 9:54 PM
Email ThisBlogThis!Share to TwitterShare to FacebookShare to Pinterest
Labels: Sports, Workouts

I wonder what other videos would work towards stimulating a person to perform better.

Thank you . To all participant, please have a look at our updated contest post.
Web development